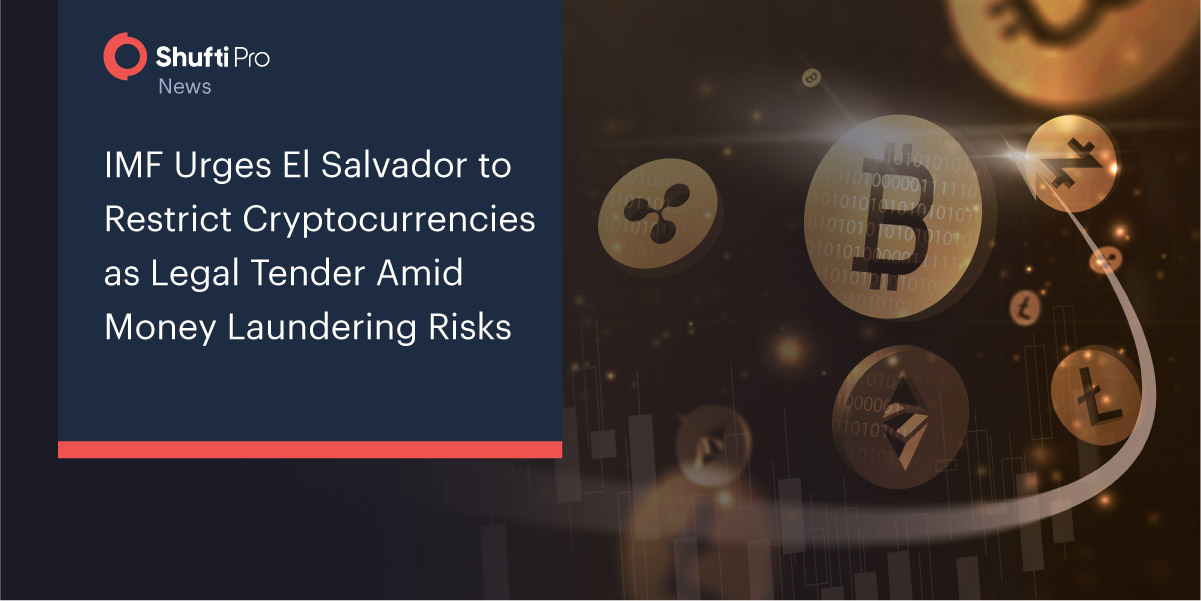 The IML published a report on Tuesday, in which details regarding its stances why the Central American Nations should restrict the cryptocurrency usage and narrow down the Bitcoin law, which was passed in June 2021, after being approved by senate members.

Bitcoin’s use as legal tender “entails large risks for financial and market integrity, financial stability, and consumer protection,” they said in the report. “It also can create contingent liabilities.”

The IMF directors are calling for stricter cryptocurrency regulation for Chino, El Salvador’s official e-wallet, and highlighted their concerns over the risk linked with the issuing of bitcoin-powered bonds. While these bonds complimented the nation for “rebounding quickly” amid the coronavirus pandemic, which has helped reduce the economic crisis in-country. The IMF directors also pointed out the El Salvador fiscal vulnerabilities, arising from the public debt-to-GDP ratio, which authorities said, have increased.

The IMF’s board urged El Salvador to strip Bitcoin of its status as legal tender in the country, citing risks to “financial stability, financial integrity, and consumer protection” https://t.co/Uwiu5vhVA7

In addition to this, IMF has also advised El Salvador to enhance and streamline its anti-corruption, Anti-Money Laundering (AML), and Counter-Terrorism Financing (CTF) framework with global standards.

However, this was not the first time the IMF has raised concerns over El Salvador’s move of making bitcoin a legal tender. Other than this, the financial institution said that adopting bitcoin as an official tender “raises a number of macroeconomic, financial, and legal issues that require very careful analysis.”

El Salvador became the first country in September 2021 when it officially made cryptocurrencies legal to elevate the virtual assets as equal to the US dollar, its other local currency. Since then, the country has brought more than 1,000 coins.