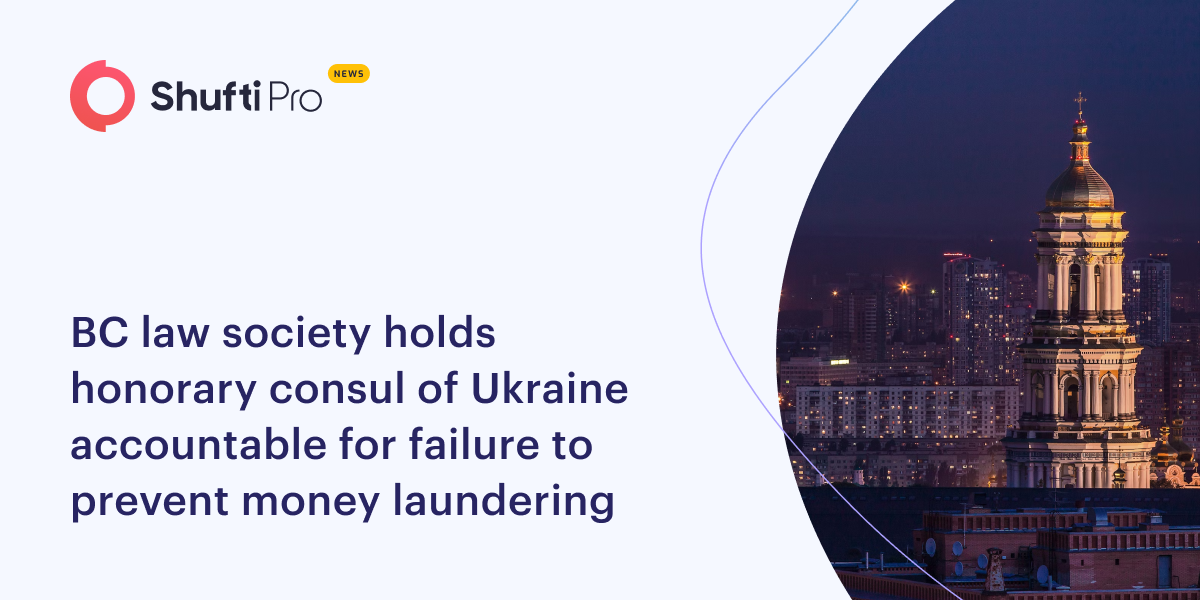 A lawyer who serves as the Honorary Consul of Ukraine in Vancouver is said to have committed professional misconduct leading to money laundering. It is reported by the B.C Tribunal that Lubomir (Mir) lhor Huculak has helped a convicted drug trafficker in completing 15 real estate transactions.

Jamie Maclaren wrote on behalf of a law society hearing panel in a decision on Aug 5 that Lubomir (Mir) lhor Huculak failed to make reasonable investigations about the legitimacy of those transactions, even though they “were replete with objectively suspicious red flags” for money laundering.

“As senior counsel with extensive experience in criminal and real estate law, the respondent either knew that some of the circumstances surrounding the transactions were suspicious, or he was reckless or willfully blind to them,” Maclaren wrote.

“Whichever the case, he failed to be on guard against becoming the tool of unscrupulous persons and he failed to carry out his gatekeeper function in relation to money laundering and fraud.”

Huculak was also found to have violated the rules by stealing $4,711.58 from a trust fund during a real estate transaction and by neglecting to confirm the legitimacy of his clients.

Huculak stated in an email to CBC that he disagreed with the tribunal’s conclusions and intended to challenge the ruling.

“It seems to me that the law society is targeting small or one-person law firms and especially lawyers with foreign names,” he wrote.

“In my case, because I was working with an individual who was jailed in the U.S.A. and paid his dues to society, they basically said that I should not have taken any referrals from him.”

Huculak termed the claims of his employees involvement as “nonsense” and asserted that the misuse of cash was due to overwork and a lack of employees, not their involvement.

“It was only a small amount involved which I repaid as soon as the law society brought it to my attention,” He wrote

He claimed that the choice would be detrimental to his status as an honorary consul, harming his reputation, possibly obstructing his capacity to notarize documents and offer free legal services to Ukrainians.