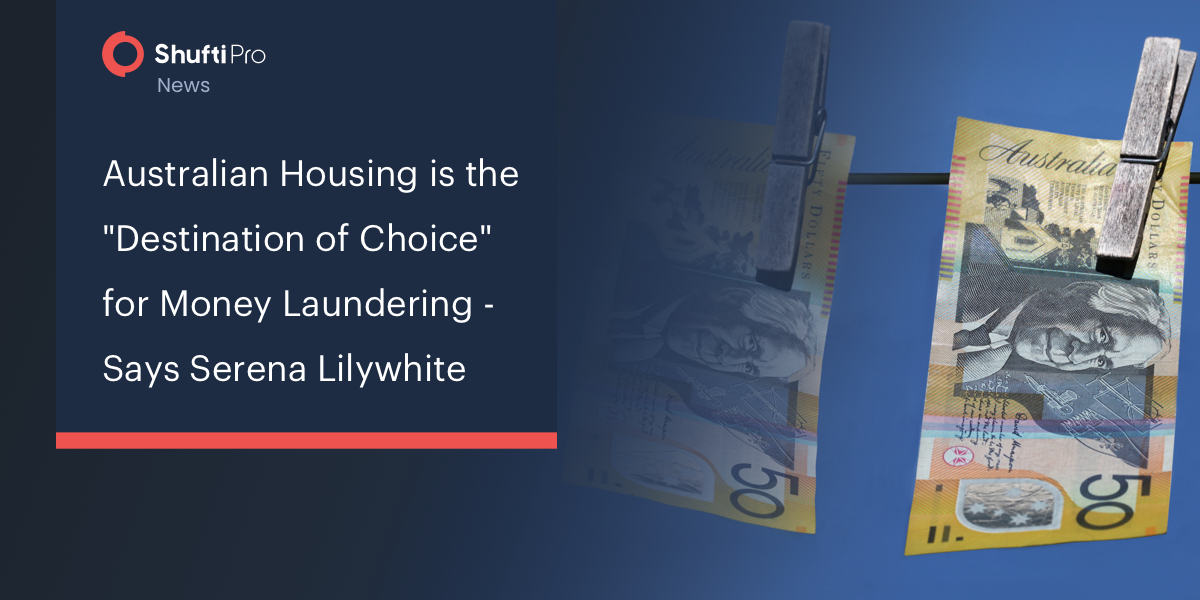 Serena Lillywhite, Transparency International Australia’ (TIA) Chief Executive, says that due to weak and outdated laws, Australian housing has become the hub of illicit funds and is responsible for “locking many Australians out of owning their own homes.”

The Senate investigated the intensity of Australia’s AML/CFT laws and learned from TIA and its director, Russel Wilson, about the lack of implementation. The Senate said that the “flow of illegal funds end up in the real estate sector” when the Reserve Bank Of Australia (RBA) provided a list of 10 publically reported examples of money laundering into the Australian market from Sudan, Chinese high rollers, Papua New Guinea and Russia.

The main culprits to Australia’s weak anti-money laundering regime, according to Lilywhite, are the “flaws with the corporate registry, and the lack of UBO register.” It is mainly because they have largely remained the same ever since AML/CFT laws were introduced in 2006.

She further added, “Money laundering is not a faceless crime and has devastating impacts both overseas and within the country” and “It can reasonably be argued that it is driving up property prices in Australia and locking many citizens out of owning their own homes.”

She further added that she understands the regulatory burden of implementing AML/CFT laws hence opposed by the lawyers, accountants, and real estate agents.

Transparency International then said that money launderers adopt various methods outside the detection capacity of AUSTRAC.