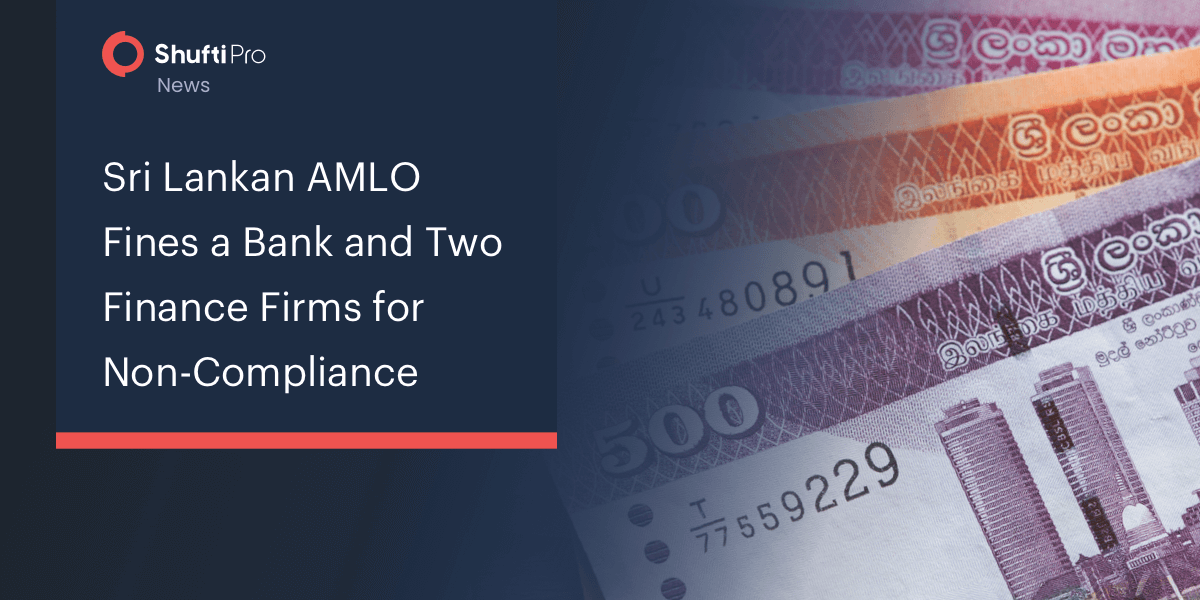 Approximately two million rupees worth of fines were imposed on three financial institutions in Sri Lanka for AML non-compliance.

People’s Merchant Finance was fined one million rupees, while Ideal Finance Limited and Seylan Bank were fined 500,000 rupees each.

Financial Intelligence Unit (FIU), in light of Section 19 (1) and Section 19 (2) of the Financial Transaction Reporting Act, No. 06 of 2006 (FTRA), has imposed sanctions on financial institutions for non-compliance with the requirements of the FTRA.

According to FIU, Sri Lankan AML/CTF regulatory authority collected fines of two million rupees on financial firms from 1 July 2021 to 30 September 2021 to enforce regulatory financial obligations. The acquired capital from penalties was credited to the Consolidated Fund.

The regulatory sanction was imposed on People’s Merchant Finance and Ideal Finance Limited for non-compliance with the Customer Due Diligence (CDD) laws, No.1 of 2016 in association with the UN’s sanction monitoring regulation. FIU, during the on-site investigation, identified that both financial companies have failed to implement customers’ record maintaining systems under United Nations Security Council Resolutions (UNSCRs). Since sanctions are imposed, People’s Merchant Finance has developed an action plan to eradicate the identified loopholes in their system, and improvements are being made accordingly.

The administrative fine was imposed on Seylan Bank for the non-compliance with the Financial Reporting Act (FRA), No. 6 of 2006 laws, and CDD laws to maintain the logs of the customers’ transitional activities. Additionally, the bank also lacked ongoing screening and risk management systems.

Moreover, Seylan Bank failed to comply with a suspension of transaction order issued by the FIU under Section 15 (2) of the FTRA by omitting to include banking relationships maintained with an individual subject to the FIU suspension order.