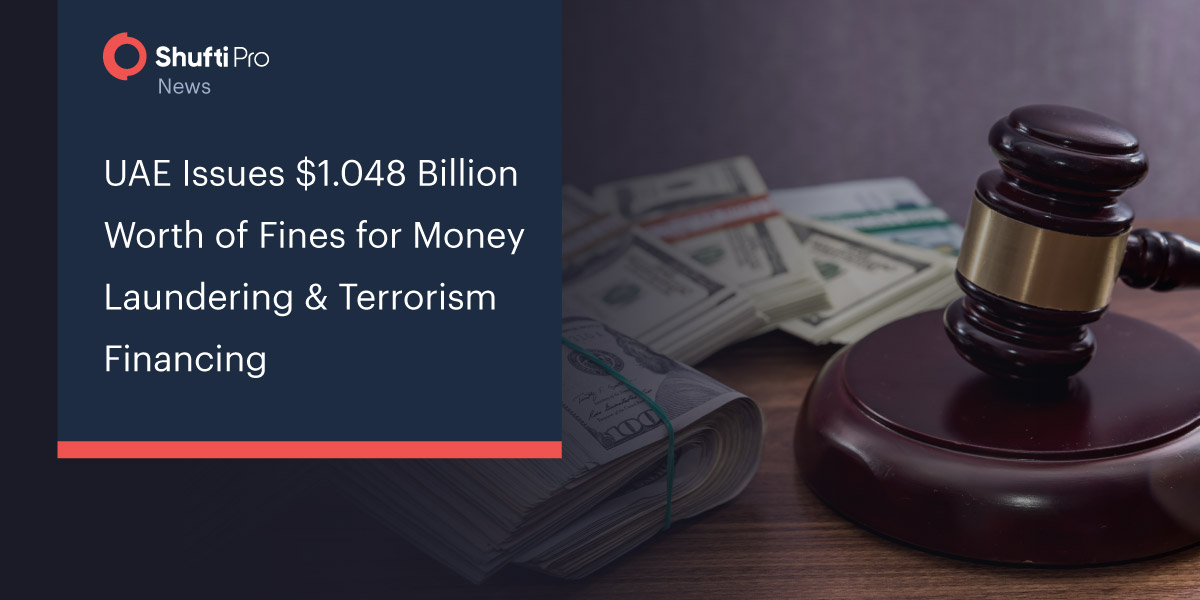 UAE’s Executive Office to Combat Money Laundering and Terrorist Financing has claimed to collect a total of Dh 3.848 billion in fines for money laundering and terrorism financing.

The amount was collected in the form of asset seizures worth $625 million (Dh2.3 billion), and penalties of upto $64 million (Dh235 million) for failure to comply with anti-money laundering and terrorism financing.

Moreover, some of the major financial institutions in the country paid a total of $5.3 million (Dh19.5 million), along with tax evasion and money laundering fines worth $10.8 million (Dh39.6 million) and confiscations of $109 million (Dh400 million). There were also preventive measures against terrorist financing and seizures amounting to $234 million (Dh892.3 million) against 48 defendants and companies that were convicted by the Abu Dhabi Courts.

In an interview with the Emirates News Agency (WAM), Hamid Al Zaabi, Director-General of the UAE Executive Office for Anti-Money Laundering and Counter-Terrorist Financing, said that these figures are an indication of the significant progress made by the country in addressing anti-money laundering and terrorism financing, in order to comply with international standards and its commitment to combatting financial crimes, and as part of its national priorities.

Shedding lights on the achievements of the Office since it was established, he said that it had worked along with partners from both the private and public sector to support the anti-money laundering and terrorism financing system.

The anti-money laundering law’s executive regulation is currently being amended, and the rules include the entities listed on United Nations (UN) Security Council lists.