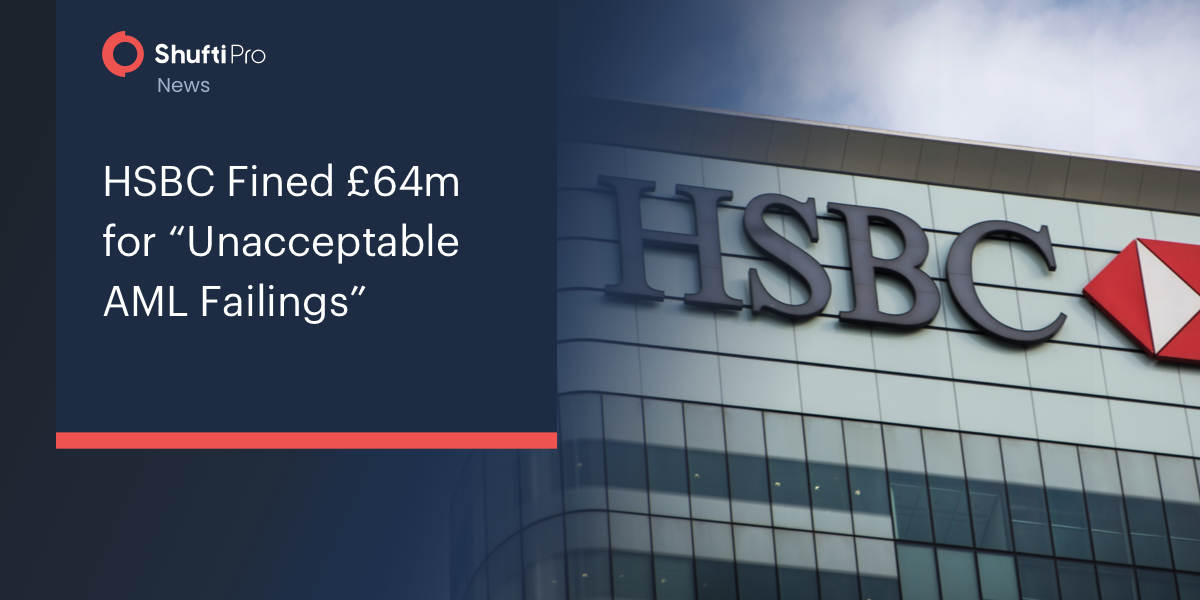 HSBC was fined by the UK’s financial regulator for ‘deficient transaction monitoring controls’. Weaknesses in three parts of the bank’s AML system resulted in a £64m penalty.

According to the FCA, the bank has incorporated an automated system to monitor hundreds of millions of transactions every month to identify potential links to money laundering and terror financing.

The FCA said that HSBC’s AML measures failed to assess the relevant risks until 2014 and the bank also failed to conduct timely risk assessments for upcoming suspicious transactions until after 2016.

Moreover, the bank also lacked procedures to appropriately test and update the parameters within their AML systems to identify the loopholes. As a result, they could not accurately determine whether a certain transaction was linked to suspicious activities.

The accuracy and completeness of the data being entered in the transaction monitoring systems could also not be determined.

HSBC agreed to pay the fine without getting into any dispute and got a 30% discount on the fine by settling at the earliest possible opportunity. If the bank had not done so, the FCA would impose a fine of £91,352,600.

Mark Steward, executive director of enforcement and market oversight at the FCA, said: “HSBC’s transaction monitoring systems were not effective for a prolonged period despite the issue being highlighted on numerous occasions. These failings are unacceptable and expose the bank and community to avoidable risks, especially as the remediation took such a long time. HSBC continued their remediation to address these weaknesses after the relevant period.”

After the settlement, HSBC said in a statement, “We are pleased to resolve this matter, which relates to HSBC’s legacy anti-money laundering systems and controls in the UK. HSBC is deeply committed to combating financial crime and protecting the integrity of the global financial system.”