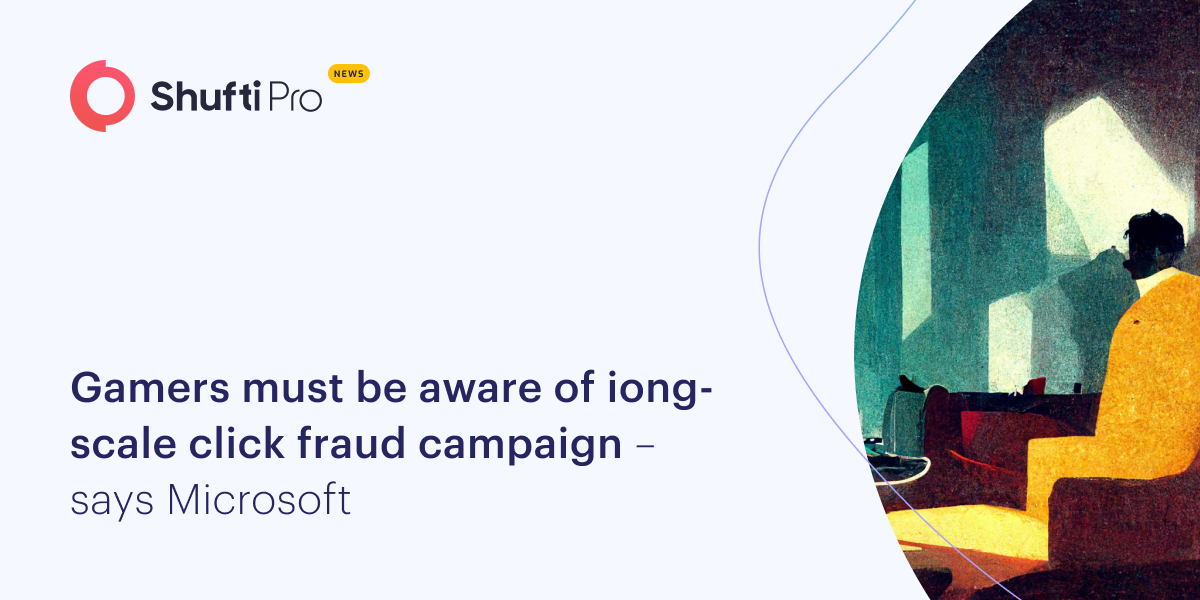 The Tech giant’s security intelligence said in a tweet, “[The] attackers monetize clicks generated by a browser node-webkit or malicious browser extension secretly installed on devices.”

The cybersecurity division of Microsoft is tracking the ongoing threat cluster under the name DEV-0796 that’s become a nightmare for gamers. When the victim clicks on a malicious ad or YouTube comment, an ISO file is downloaded to the device. When the ISO file is opened, it installs a browser node-webkit (aka NW.js) or scoundrel browser extension, making the situation difficult for the system and the gamer.

This click fraud involves a false increase in the number of clicks on advertisements, including pay-per-click ads. According to the estimation, more than half of the traffic generated by ad networks or advertising campaigns comes from botnets. It’s a standard feature for advertising platforms including multiple search engines like Google. The purpose is to create mechanisms for click fraud prevention, satisfy customers, and maintain their reputation.

The ISO file appears as cheats for the shooter game of Krunker. These are programs designed to help gamers with extra benefits.

The findings came to the fore as Kaspersky told about another campaign to attract gamers looking for cheats on YouTube. It makes the gaming freaks download self-propagating malware that can install information stealers in gamers’ systems.

According to a recent report by a Russian cybersecurity firm, “Malware and unwanted software distributed as cheat programs stand out as a particular threat to gamers’ security, especially for those who are keen on popular game series.”