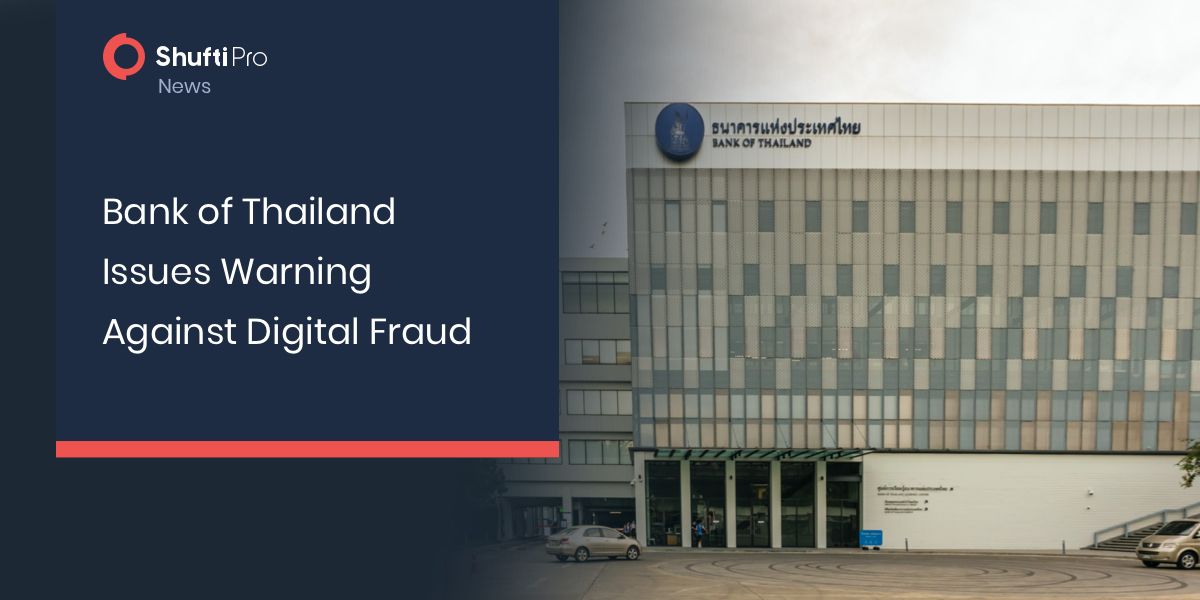 The central bank advised individuals not to accept information that appears fake, nor to perform financial transactions based on false information.

The Bank of Thailand has issued a stark warning for consumers, warning them of rising online financial fraud as incidents spike amidst the pandemic.

With more consumers moving towards digital platforms, the regulator has raised the alarms against digital fraud, which can take varying forms including smishing attacks, exploitation of Line application, Facebook, fraudulent digital lending apps, and mobile phones among others.

Central bank’s assistant governor for payment system policy and financial technology group, Siritida Panomwon Na Ayudhya, stated that the bank has been in close cooperation with other regulators such as the Office of the National Broadcasting and Telecommunications Commission (NBTC), to monitor and combat online financial fraud.

Thailand’s Central Bank has warned consumers to be cautious of giving out personal information online due to online fraud. The Bank of Thailand reports online fraud as incidents have been on the increase because of the pandemic pushing people towardshttps://t.co/F6qTXEkVqs

The central bank of Thailand advised individuals not to accept information that appears fake, nor to perform financial transactions based on false information. “People should scrutinise any suspicious transactions by rechecking with financial institutions directly”, she said.

While the bank cooperates with financial institutions to raise awareness of digital scams, consumers have also been advised to restrain sharing their personally identifiable information and official documents with others, Ms Siritida said.

Financial institutions typically employ digital identity verification solutions to validate the identity of customers, prior to enabling transactions. As a result, fraud is detected during the initial stage of onboarding.

Additionally, the Central Bank of Thailand announced plans to collaborate with financial institutions for the promotion of financial literacy among the consumers, which in turn will prove as an effective strategy for combatting fraud.