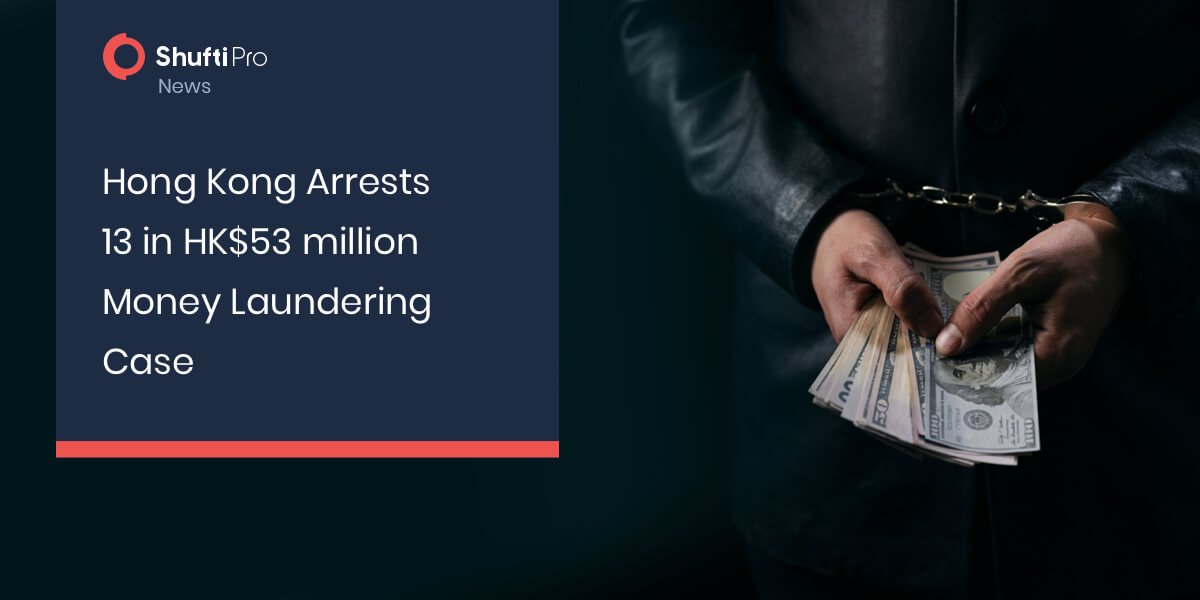 13 people in Hong Kong have been arrested for money laundering and operating illegal gambling sites and betting schemes.

Authorities in Hong Kong and mainland China have arrested 13 individuals for their involvement in a money laundering scheme worth HK$53 million (USD 6.8 million). The criminals were allegedly tricking jobseekers into handing over Personally Identifiable Information (PII).

City Police have seized identity details, bank cards and documents of more than 100 citizens that are thought to be used by the criminal gang for laundering money. From those arrested, a total of HK$1.62 million in assets have been frozen. The accused are also being charged for helping to run illegal betting websites.

Cheng Lai-ki, who is a Senior Superintendent of Commercial Crime Bureau, stated that authorities from both sides of the border conducted a 3-day-long operation to arrest the members of the criminal gang.

To launder dirty cash, the criminal bank was preying on jobless victims by luring them into false promises of earning easy money. In reality, high paying job promises were being made to gain access to the victim’s personal information. The victim’s information was then used to set up bank accounts to launder illegal money.

Between June 2019 and April 2021, it is believed that the gang laundered criminal proceeds worth as much as HK$53 million.

Hong Kong police arrested 12 men and women during the operation, aged between 20 and 42, some of whom were picked up from a Fo Tan factory building.

Cheng stated that the gang was posting vacancies and “quick money schemes” on social media and job portals. The adverts promised high paying salaries for job seekers with little experience. Once the victim’s data had been acquired, criminals tampered with it outside of Hong Kong to make it harder to trace, stated Cheng.

The Police has also revealed that the gang was operating an illegal gambling website through social media and instant messaging software. They were also partaking in illegal bets on sports, such as horse racing and football, including the ongoing UEFA European Championship.