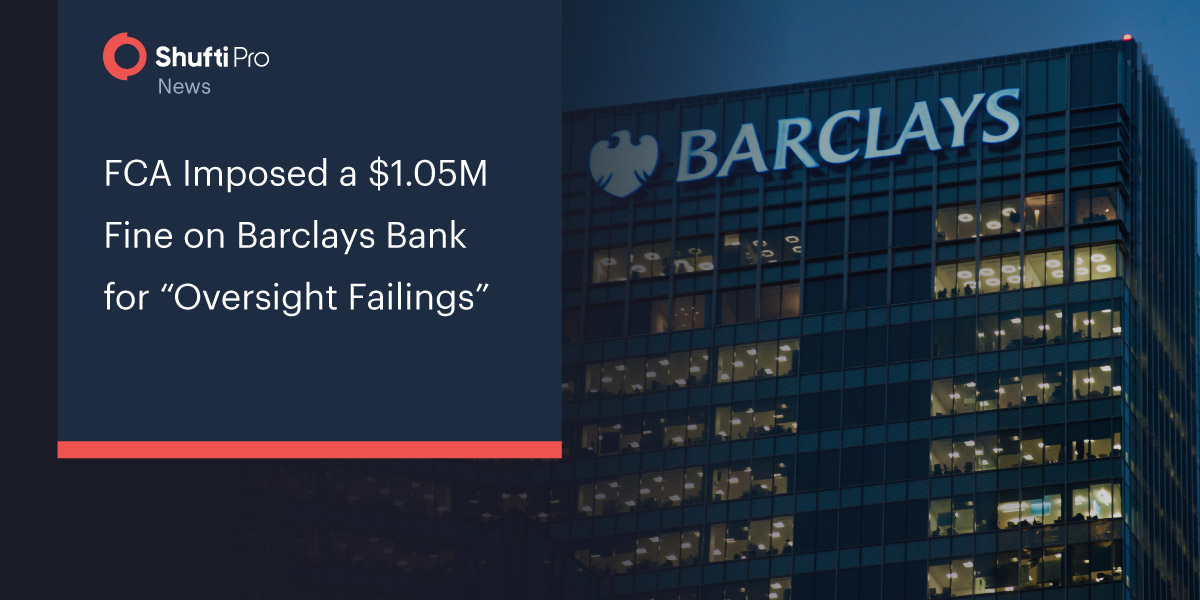 The U.K. Financial Conduct Authority (FCA) on Monday revealed that it imposed a fine of 783,800 pounds ($1.05 million) for oversight failings in its relationship with money remittance firm Premier FX.

The Barclays bank was qualified for a 10 percent fine reduction after cooperating with the FCA. furthermore, they have also agreed to make a voluntary payment of more than EUR 10,000,000 ($13.4 million) to compensate in full 176 clients who suffered financial loss upon discovery of Premier FX’s owner as well as director, Peter Rexstrew, had drained their accounts before his death in June 2018.

In addition to this, Premier FX also misled its clients by notifying them it was able to hold their money indefinitely; that their wealth will be kept highly secured in segregated accounts and their wealth would be protected by the Financial Services Compensation Scheme. However, none of the above mention factors was true, the FCA noted upon censuring the firm in February 2021.

Barclays was Premier FX’s sole banker in the United Kingdom but due to shortcomings in their internal control and had deficient anti-money laundering systems that failed to spot that the firm was carrying out illegal activities, particularly money laundering. This constituted a failure by Barclays to conduct rigid aml screening with due skill care and customer due diligence, according to the FCA.

In addition to this, Barclays bank was also blamed for not challenging the information Rexstrew gave it and for not questioning how the Premier FX operated, despite the bank already flagged it as high-risk company.

Moreover, the FCA also stated that nine anti-money laundering and enhanced due diligence reviews were conducted against the bank since 2006, however, two of them were not completed in the give time span. Out of those that were successfully completed by the Barclays, much of the information was simply copied from the previous reports, which also included errors the bank failed to identify.