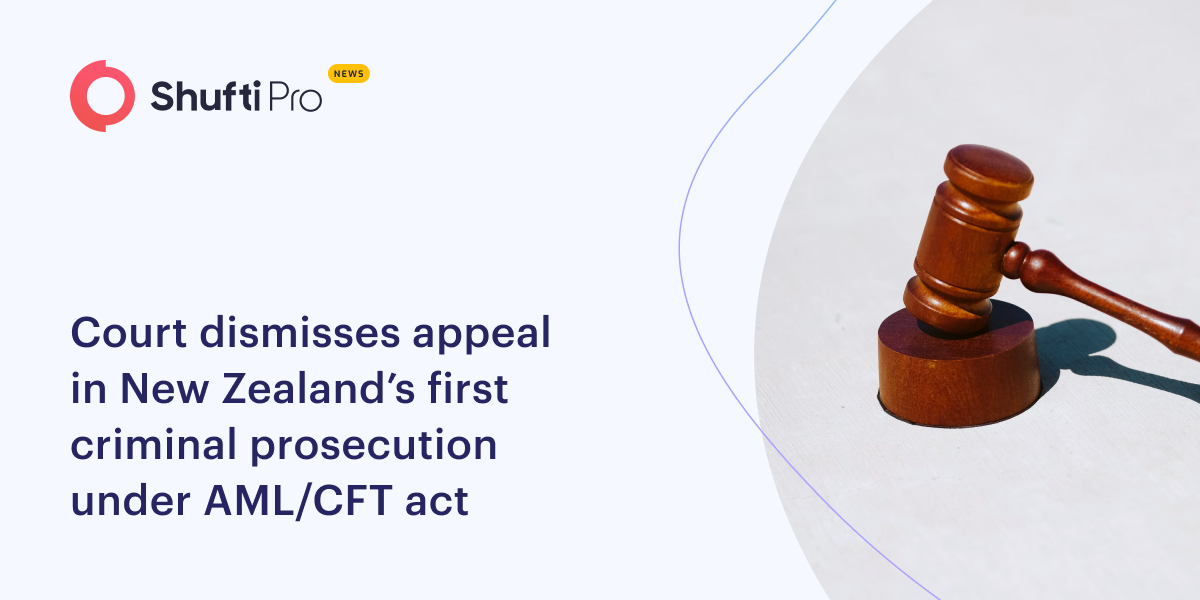 New Zealand’s Court of Appeal overlooked the call charged against the judgements in the first criminal prosecutions under the Anti-Money Laundering and Countering Financial Terrorism (AML/CFT) on 1st July 2022.

An estimated figure of $1.35 billion came out from the proceedings in crime which is laundered annually in New Zealand and includes drug trafficking, scams, and other offences. According to the legal laws proposed by the AML/CFT principles, businesses are required to mitigate and manage the risks involved in money laundering and terrorist financing.

The DIA (Department of International Affairs) of Te Tari Taiwhenua charged the sole director of Jiaxin Finance, Qiang Fu and his mother Fuqin Che. Jiaxin failed to provide the required records and reports of suspicious transactions performed by Xiao Hua Gong, also known as Edward Gong (Canadian Businessman), the tally was over $53 million.

On conviction, the Auckland high court sentenced Jiaxin to pay $2.55 million. Mr Fu was charged with fines of $180,000 and Ms Che with $202,000. Both individuals appealed their convictions in court on 1 July, but the appeal was dismissed by New Zealand’s Court of Appeal.

The director of DIA, Mike Stone said that the rejection of the appeal filed by Jiaxin Finance is a significant stance for the DIA and also for the AML/CFT system’s efforts in preventing money laundering and Financing of Terrorism in Aotearoa New Zealand.

DIA is one of the three supervisors that are complied with the AML/CFT Acts to prevent the illicit activities of money laundering and terrorist financing. The other two bodies are the Reserve Bank of New Zealand and the Financial Markets Authority.

According to the director of DIA, “Our department supervises over 5000 financial institutions and other non-financial businesses and professions for compliance with measures to detect and deter money laundering and terrorism”, says Mike Stone.

“For the most part, businesses want to comply with the AML/CFT Act and have programmes in place to do so.

Unfortunately, there are businesses that fail to comply with their obligations, including the reporting of suspicious transactions. This tarnishes New Zealand’s reputation of being a safe and legitimate place to do business.

The recent court judgment shows that the legislation is applicable to all who are obliged to comply and strongly supports the work of DIA and other supervisors under the AML/CFT Act to protect New Zealand’s global reputation and our communities from harm.”