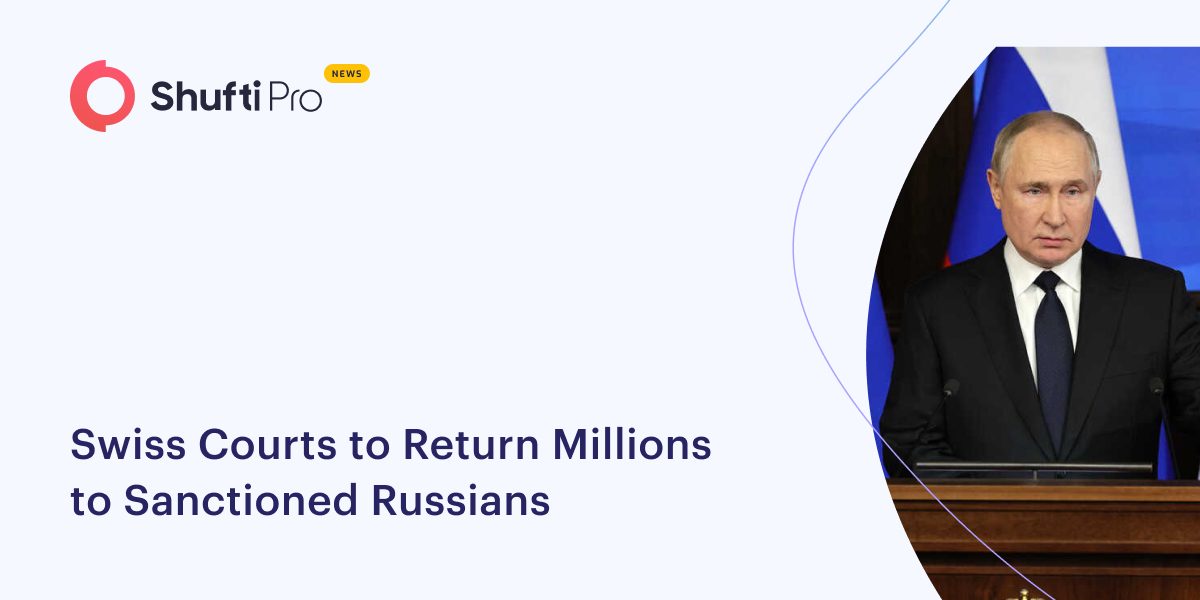 The Swiss courts have decided to pay the stolen millions of dollars back to the sanctioned Russians accused of participating in a huge money laundering scandal.

According to the court, the Switzerland government will return millions of stolen payments to all the sanctioned Russians accused of taking part in the world’s biggest money laundering attempts. The Swiss rules have denied the plea against the judgement to send back the looted amounts despite the information that their crime assessment was fouled by a Russian influence operation staged by the notorious Trump lawyer Natalia Veselnitskaya.

Veselnitskaya held private discussions with the advisor to the Swiss federal prosecutor’s office, who was fired and convicted after it emerged. He was joined by Swiss prosecutor Patrick Lamon and attorney general Micheal Lauber on a trip.

All of the Swiss officials were involved in investigating the Magnitsky affair, a $230 million fraud exposed by Sergei Magnitsky, who was imprisoned, beaten and left to starve in a cell. After the death of Magnistky, the CEO of Hermitage, Bill Browder, led a global justice campaign succeeding in creating new anti-corruption sanctions covering the US and the UK.

Many notable players in the scam have been sanctioned under laws that play an essential part in western governments. According to the UK authorities, “An organised criminal group was involved in serious corruption through the misappropriation of the equivalent of $230m of Russian state property.”

According to the Swiss Federal Criminal court order issued on 23rd November 2022, “It would not have been possible to ascertain the existence of a criminal organisation, or a gang involved in all the operations.”

The Swiss authorities will return 55% of frozen amounts to the Stenanovs, totalling $5.5 million.

A former member of FATF’s money laundering and economic crime at the Swiss Federal office of justice said, “In a nutshell, the main challenge for Swiss prosecutors and courts is that they apply a theory that lets the forfeitable funds shrink continuously with every stage of laundering. The Swiss judiciary, therefore, privileges the cunning launderer, this on top of the general risks this country poses!”

Switzerland Falls Behind in the Fight Against Money Laundering