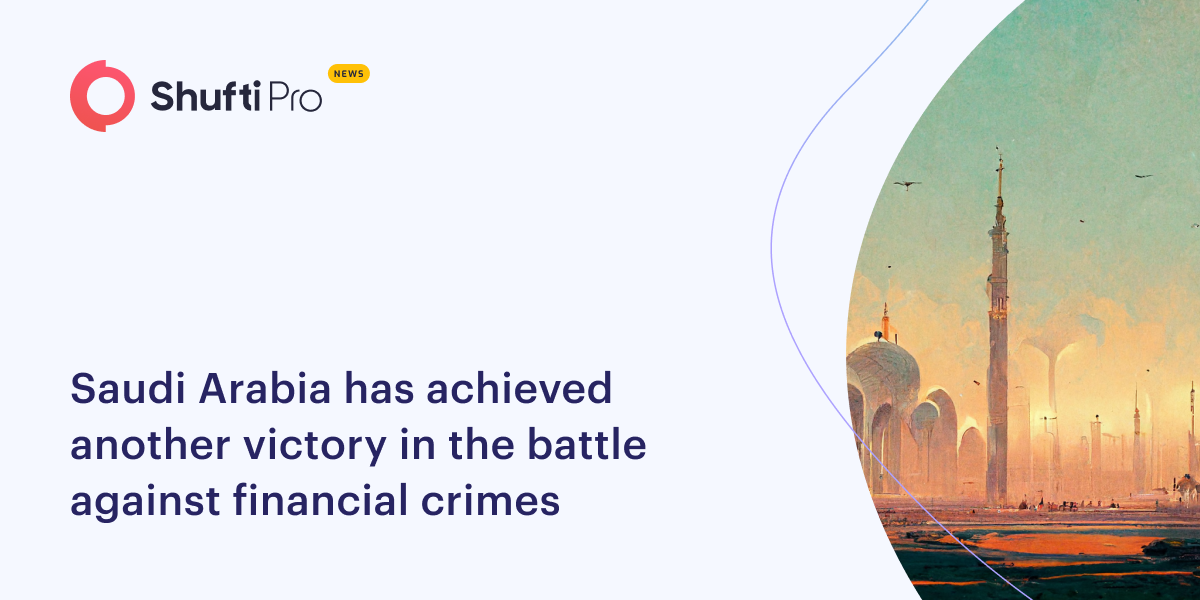 Saudi authorities seized $1.06 million from a criminal gang accused of money laundering. The culprits were sentenced to a 25-year jail term. Saudi Arabia is battling financial crimes issues though the country revised its legal reforms a few years ago.

Saudi Arabia achieved a victory against financial crimes when the court ordered a 25-year jail term against alleged entities and the seizure of $1.06 billion for a gang of criminals accused of money laundering.

According to Saudi state-run al-Ekhbariya television, the culprits were referred to the specialized court after the public prosecution.

“The investigation procedures revealed that the citizen extracted commercial records for a number of entities, opened bank accounts, and handed over the entities and accounts to the residents, who in turn made huge financial operations, financial deposits and transferred them abroad,” the report said.

On Monday morning, the public prosecutor’s office made the results public by sharing a message of fighting against money laundering. The local media Al-Arab reported that the criminal group involved one Saudi national and five other people having Arab nationality were also accused of money laundering by The Saudi Arabian General Prosecution. The court announced Ten years of imprisonment and a ban on leaving the country on the Saudi national. Other culprits of unspecified Arab nationalities have been sentenced to 25 years in prison and deportation once they complete the duration of their imprisonment.

The Saudi judiciary sentenced 11 people to 52 years of imprisonment in February 2022 on similar grounds. However, the confiscated amount was much higher than this September: USD 2.67 million.

2018 assessment by FATF concluded some important aspects regarding the Saudi Kingdom’s strategies to combat financial crimes. The country has a relatively small financial system and robust control over the economy. However, the overall situation is still at risk due to terrorist groups and regional conflicts.

Saudi Arabia reshaped the laws and working patterns for combating financial crimes, starting in 2010 when the country introduced the primary tools into its legal arsenal for tackling money laundering concerns. In 2017, Saudi Arabia revised its legal reforms, and in 2018, FATF regarded all these changes as positive amendments.

As per FATF’s report, Saudia Arabia’s best practice is reflected in the battle against terrorist financing. The 2018 report shows that the authorities have responded proactively to the terrorist threat through solid expertise.