11 Jailed in Saudi Arabia for Laundering $2.7 Billion
Skip to content 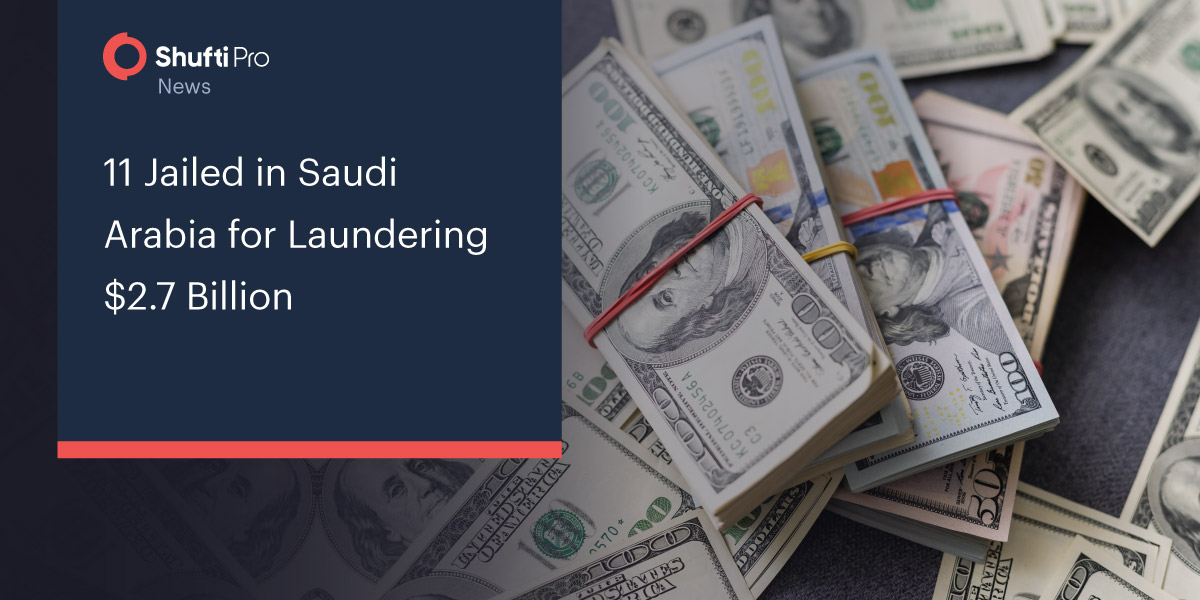 Saudi Arabia has jailed and fined 11 individuals SR62.5 million for money laundering. The group laundered a total of $2.7 billion.

According to an official prosecution source, a Saudi court has sentenced a group of 11 individuals to 52 years in jail as they were found guilty of laundering SR10 billion. Two of the convicts are Saudi citizens, while nine are expatriates. However, the foreigners’ nationalities have not been revealed.

Initially, the court ruling also fined the convicts a total of SR62.5 million and confiscated the laundered money as well as investment portfolios worth SR1.6 million.

The nine expatriates will be deported from the Kingdom once they have served their period in jail. As for the two Saudi nationals, they will not be allowed to travel abroad for a time period equal to their prison sentences.

The 11 individuals were charged for money laundering and violating the country’s precautionary system by manipulating commercial entities, sending, and receiving funds of undisclosed origins through their bank accounts. According to the unnamed prosecution official, the amount laundered was equal to SR10 billion.

The public prosecution has started work on procedures to appeal against the sentence, asking for higher penalties against the convicts “to fulfill public interests in protecting the national economy,” the official added.

In recent years, Saudi Arabia has initiated crackdowns against money laundering as well as corruption. In January this year, the Kingdom’s Oversight and Anti-Corruption Authority (Nazaha) arrested 233 Saudis and expatriates. Another 641 individuals are still being investigated for corruption charges.

As per Nazaha, the convicts were charged with administrative and financial crimes, including abuse of power, forgery, and bribery. The anti-corruption organization conducted 5,518 inspections that contributed to the arrest of 233 employees from the Ministry of Defence, the Ministry of Interior, the National Guard, the Ministry of Foreign Affairs, Health, Justice, and Municipal, Rural, and Housing Affairs.