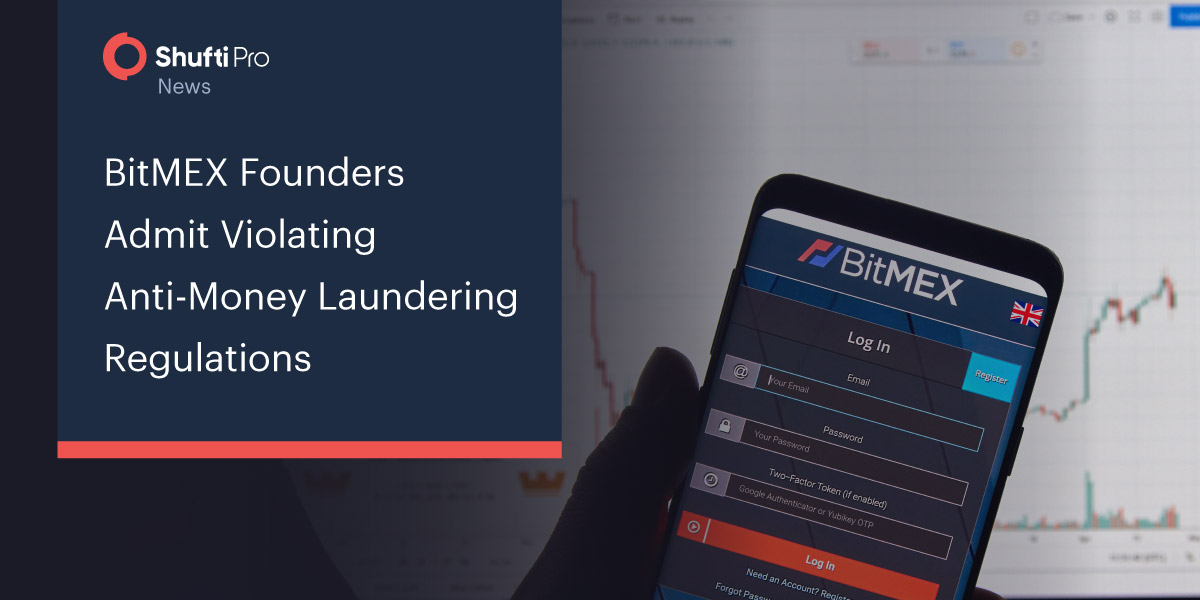 Two of the co-founders of crypto exchange BitMEX Arthur Hayes and Benjamin Delo have pleaded guilty to violating the US anti-money laundering regulations.

Arthur Hayes and Benjamin Delo were fined $10 million each after they admitted to violating the Bank Secrecy Act’s anti-money laundering regulations in a hearing on Thursday.

Both the co-founders appeared in the New York federal court to enter the pleas after they reached agreements with prosecutors. Delo and Hayes were charged alongside 2 other BitMEX executives in 2020 in a US crackdown on the Seychelles-incorporated crypto exchange. BitMEX was considered one of the world’s largest crypto trading platforms at the time.

According to prosecutors, the men had violated anti-money laundering rules and failed to carry out basic identity verification checks. The management at BitMEX reportedly ignored the reports about their platform being used for money laundering and the transfer of funds that violated US Sanctions.

Delo and Hayes publicly admitted that they were keeping the exchange’s operations private from the US and its relatively strict banking rules, although they knew their customers included US citizens.

In August, BitMEX got into a $100 million settlement with US regulators. Even though the crypto exchange did not admit to the allegations made by the regulators, it agreed to restrict US citizens from using its services.

As part of their agreements, Delo and Hayes made a settlement with prosecutors according to nonbinding federal sentencing guidelines that call for a prison term of 6 months to one year. However, both men are still free to ask for a lesser time in prison at their sentencing hearings.

The representative for Mr. Delo states that the US authorities have already recovered the company’s profits linked to US customers with fines imposed in Thursday’s plea. He also added that Mr. Delo “regrets” that BitMEX failed to adequately identify its customers.

Whereas the representative for Mr. Hayes stated that he accepts responsibility for his actions and looks forward to putting this matter behind him.

Suggested read: Founders of BitMEX Penalised for Their Inefficacy in Preventing Money Laundering