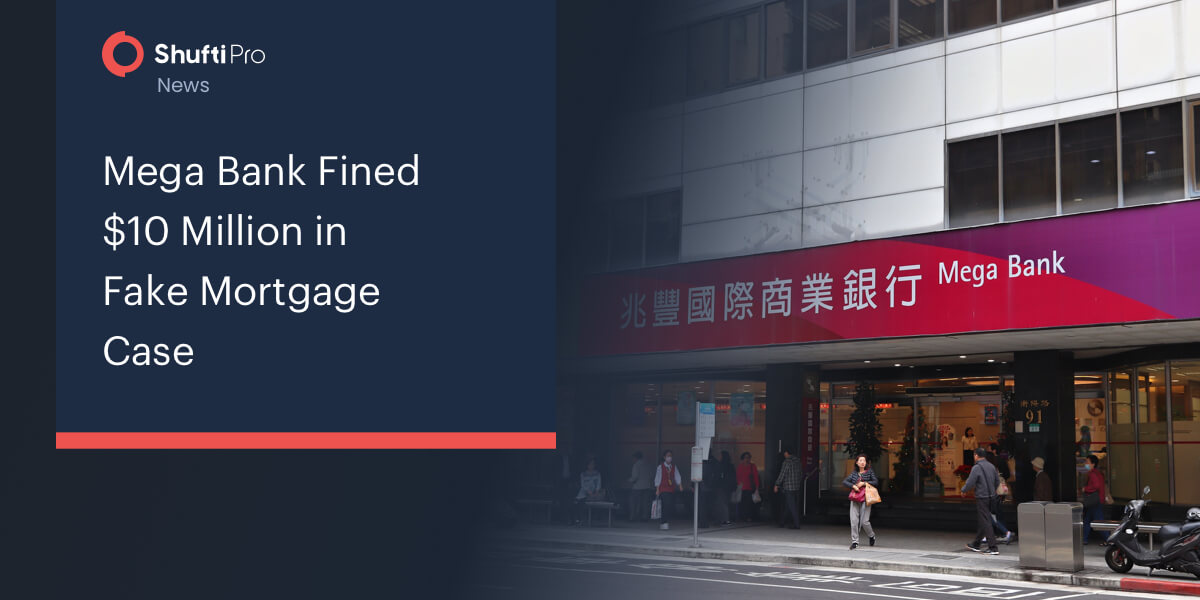 The Taipei Times reported that 28 mortgage applications, valued at TWD 350  million, were fraudulent in nature as they were made through dummy accounts.

A dummy account is a term used for an anonymous or deceptive account that is made for the purpose of illegal activity. Such accounts can also be made for testing computer systems or training within financial institutions.

Fraudulent activities resulting from dummy accounts have been on the rise in Taiwan lately. Mega Bank is the third bank that has been fined for failing to detect fraudulent mortgage applications made through such accounts. In 2016, Hua Nan Commercial Bank was charged TWD 3 million for accepting mortgage applications resulting from 34 dummy accounts. In 2018, Hwaitai Bank was fined TWD 3 million for the same reason.

He FSC stated, “It seems that this specific type of mortgage fraud has not been effectively curbed among local banks”

The fraud arose after Mega Bank’s employee named Shih working at the Sindian branch in New Taipei City reportedly approved the fraudulent applications between July 2015 and the end of 2019.

In 2020, Mega Bank conducted an internal audit that found that the mortgage application had been filed by “figureheads” who used funds from a third party to pay back the loans.

The FSC revealed that while approving the applications, Shih failed to adequately review the applicant’s profile and conform to the bank’s standard loan criteria. It was also reported that Shih assisted the criminals in transferring the third party deposit money into the dummy accounts.

Authorities have charged Shih, her ex-husband Hsu, and a land administration agent named Chou for fraud and infringing the Banking Act.

The FSC states that Mega Bank has made numerous mistakes in their mortgage operations, including incorrect collateral appraisals, and allowing the same employee to analyse loan applications.

According to Mega Bank’s estimates, they are likely to incur losses worth TWD 22 million due to 28 problematic mortgages, as reported by the FSC.

On top of paying fines worth TWD 10 million, the bank has been advised to review the responsibilities of the employees caught in the case, in the auditing unit, and related business departments.