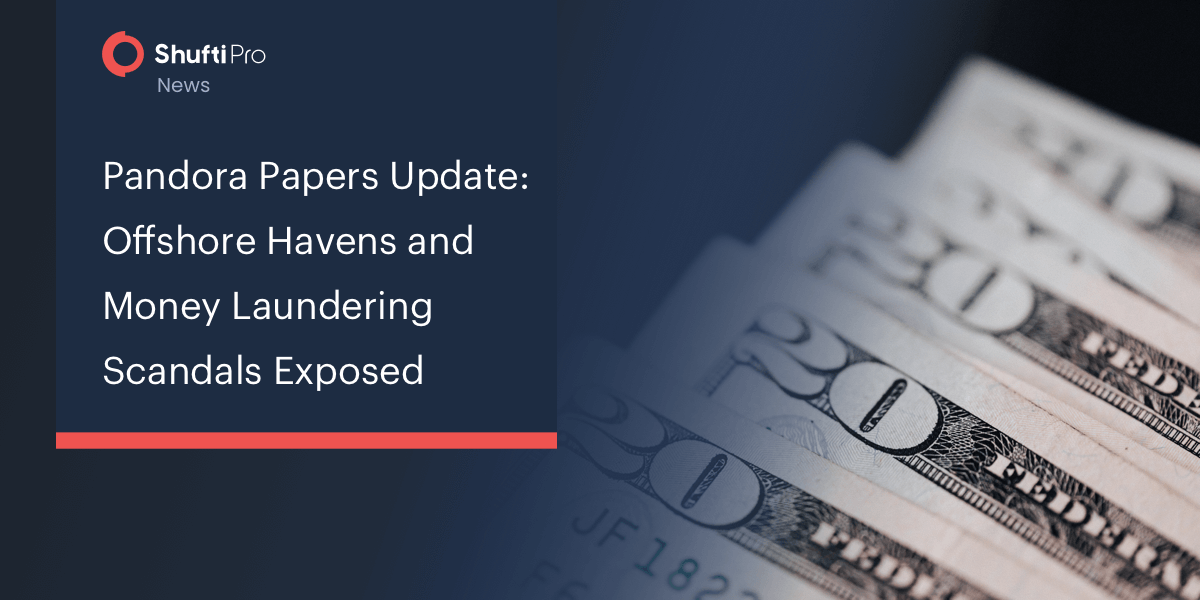 The Pandora Papers expose 35 world leaders, 300 public officials and 100+ billionaires, thus proving why the global noise for AML regulations is well called for.

The International Consortium of Investigative Journalists (CIJ) has released what is being branded as “the most comprehensive leak of offshore data in history”.

The leak, dubbed as the Pandora Papers, includes 11.9 million files from companies, hired by wealthy clients, to create offshore accounts in tax havens such as Panama, Dubai, Monaco, Switzerland and the Cayman Islands. The expose has unveiled the data of twice as many account holders and public officials as the ICIJ’s Panama Papers project did in 2016.

The #PandoraPapers offer insights into why governments and global organizations have made little headway in ending offshore financial abuses. https://t.co/5JF4u2V4eN pic.twitter.com/IF7VEiBhFz

35 world leaders, 300 other public officials and more than 100 billionaires are named in the documents, including current and former presidents, prime ministers, judges, mayors, and military generals among others. According to the files, the accused were allegedly using shell companies to facilitate luxury items, such as high-end properties and yachts, as well as incognito bank accounts.

Involvement of art dealings, ranging from looted Cambodian antiquities to paintings by Picasso and murals by Banksy, has also been identified as fraudulent in the Pandora Papers.

Other players mentioned in the Pandora Papers include a Bitcoin dealer sentenced for money laundering in connection with the largest cyberheist in history.

Additionally, AML compliance failings of the Singapore-based international trust and corporate services provider, Asiaciti, have been noted down. According to the document, the Monetary Authority of Singapore (MAS) cited how Asiaciti failed to verify suspicious activities and the source of funds of two Russian clients, and criticised the bank’s senior management for failing to set an “appropriate tone, risk appetite and compliance culture for the company”.

While offshore companies are not always illegal and can even have legitimate security-related purposes, they have proven to be attractive to tax evaders, fraudsters and money launderers, some of whom are exposed in the files.

This includes more than $100 million spent by King Abdullah II of Jordan on luxury homes in Malibu and other locations, millions of dollars in property and cash secretly owned by the leaders of the Czech Republic, Kenya, Ecuador and other countries; and a waterfront home in Monaco acquired by a Russian woman who gained considerable wealth after she reportedly had a child with Russian President Vladimir Putin.

“Other disclosures hit closer to home for U.S. officials and other Western leaders, who frequently condemn smaller countries whose permissive banking systems have been exploited for decades by looters of assets and launderers of dirty money”, reported the Washington Post.