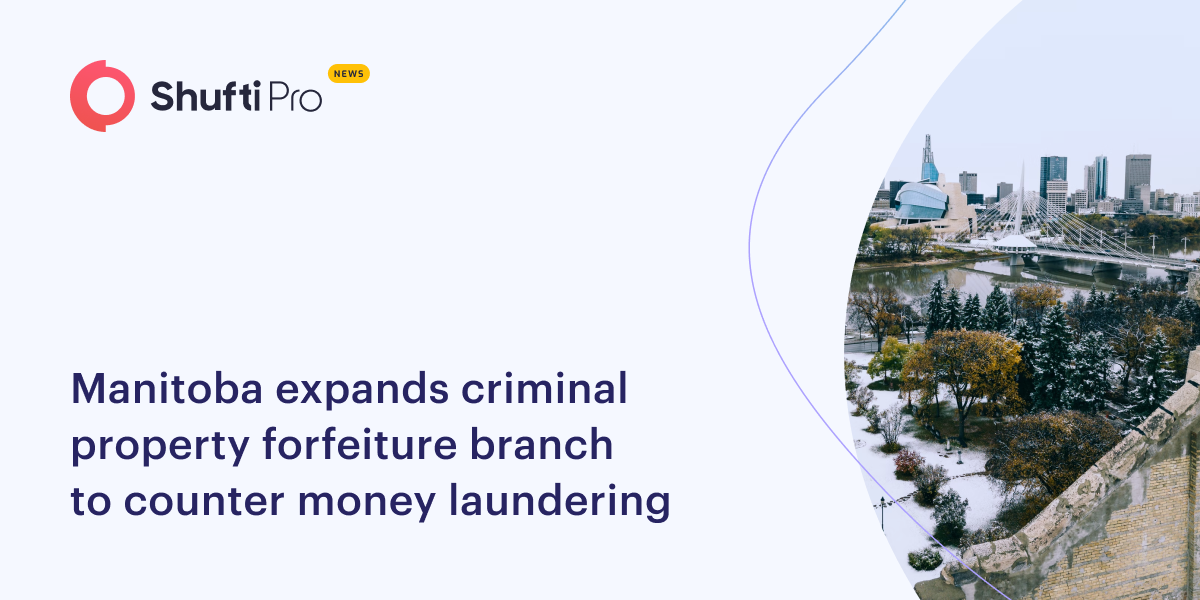 As part of its continued efforts to tackle organised crime and money-laundering activities, the Manitoba government has announced that the Criminal Property Forfeiture (CPF) branch will be expanded, according to Steinbach MLA and Justice Minister Kelvin Goertzen.

“Money laundering is the lifeblood of many criminal organizations and is related to drugs and guns, which often sparks violence in our communities,” said Goertzen. “Going after this money with new dedicated investigators and analysts is about disrupting the activities of criminals and the violence and the fear that follows their activities.”

To combat money laundering, the Manitoba CPF office is growing by hiring two more specialised investigators and a financial analyst. This committed group will have the tools and knowledge required to look into Manitoba’s unlawful money-laundering activities.

Following legislation passed in the Manitoba legislature last year that strengthened the CPF branch’s capacity to swiftly act on seizing money that investigators believe was obtained illegally and is or could be the subject of money laundering, new resources have been established to combat money laundering.

British Columbia’s money laundering commission’s final report was published last month, and it urged the government to to go after organised crime and other money launderers.

“Manitoba is among the leaders in the country in creating and implementing this type of anti-money laundering initiative,” said Goertzen. “We know that criminal activity is often linked together like a chain, connected by drugs, guns, street-level violence, cyberspace and money laundering. We are working to weaken each of these links in the criminal chain.”

“In my day-to-day role with the RCMP, I live in the world of organized crime,” said Insp. Grant Stephen, officer-in-charge, federal serious and organized crime section, Manitoba RCMP. “Organized crime relies on money laundering to conceal profits from illegal activities and develop further criminal networks, which are often involved in drugs, guns, theft, fraud, cyber threats and violence. The revised legislation increases our ability to tackle this type of crime in an effort to keep Manitobans and all Canadians safe.”

Seized assets are kept in the CPF fund and used to finance programmes that fight crime, make neighbourhoods safer, assist victims of crime, and buy specialised tools for law enforcement. More than $20 million has already been allocated for these programmes, including more recent ones that support Bear Clan patrols in Winnipeg, fight cybercrime and lower catalytic converter theft.