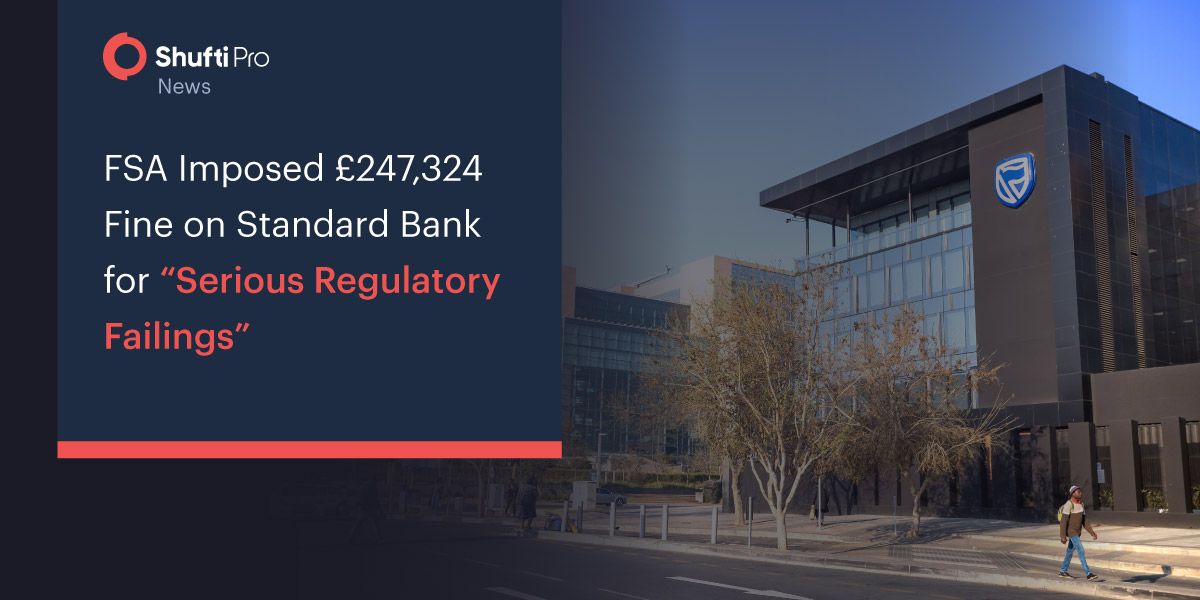 The IOMFSA ordered the bank to pay the discretionary civil penalty, imposed under section 16 of the Act and in accordance with the FSA regulations 2015 of EUR 353,320 discounted by 30% to EUR 247,324. However, the level of regulatory action reflects that the bank cooperated with the regulatory authorities and agreed on their terms at an early stage, through incorporating IOMFSA’s Enforcement Decision-Making Process.

According to the investigations, authorities assured that the regulatory failings were isolated in nature rather than being spread across the business. The bank has effectively brought up significant changes in its operations, in an effort to overcome the shortcomings identified by the FSA. In addition to this, Standard bank found out in April 2021, that they had breached the terms of a Restraint Order issued by the Isle of Man Courts pursuant to the Proceeds of Crime Act 2008. “The Court order restrained, inter alia, the disposal, diminution, removal from the jurisdiction of and dealing with, money associated with suspected bank accounts in the name of a customer of Standard bank.”

The bank instantly notified the financial authority under Anti-Money Laundering and Countering the Financing of Terrorism regulation and the Financial Services Rule Book 2016.

The court order breach involved two stages: allowing the flagged customer accounts to transfer funds within Standard, and processing instruction from the restricted client for further transfer funds out of Isle of Man jurisdiction, albeit to another Standard Bank group entity. However, upon reviewing the Standard notification, determined that it should further investigate Standard’s compliance with AML/CFT regulations. The commencement of inquiries was notified to the bank in May 2021.

After this, Standard submitted a comprehensive report to FSA, following its in-house investigations. Standard continued to determine the source of the breach and kept on sharing the finding with the financial watchdogs. In its conclusion, the Financial Service Authority said that the bank needs to apply “locks” either against restricted customers or suspected accounts. Such locks will be designed to health the financial services and to prevent unlawful transaction processing.

However, some failures also resulted in breaking AML and CFT Code 2019. Combining all these breaches, the Standard Bank Isle of Man was sanctioned with a civil penalty. But the bank has ensured to follow the criminal proceedings and to make efforts to overcome shortcomings.

Suggested Read: Swedbank Fined And Remains Under Investigation by US Authorities