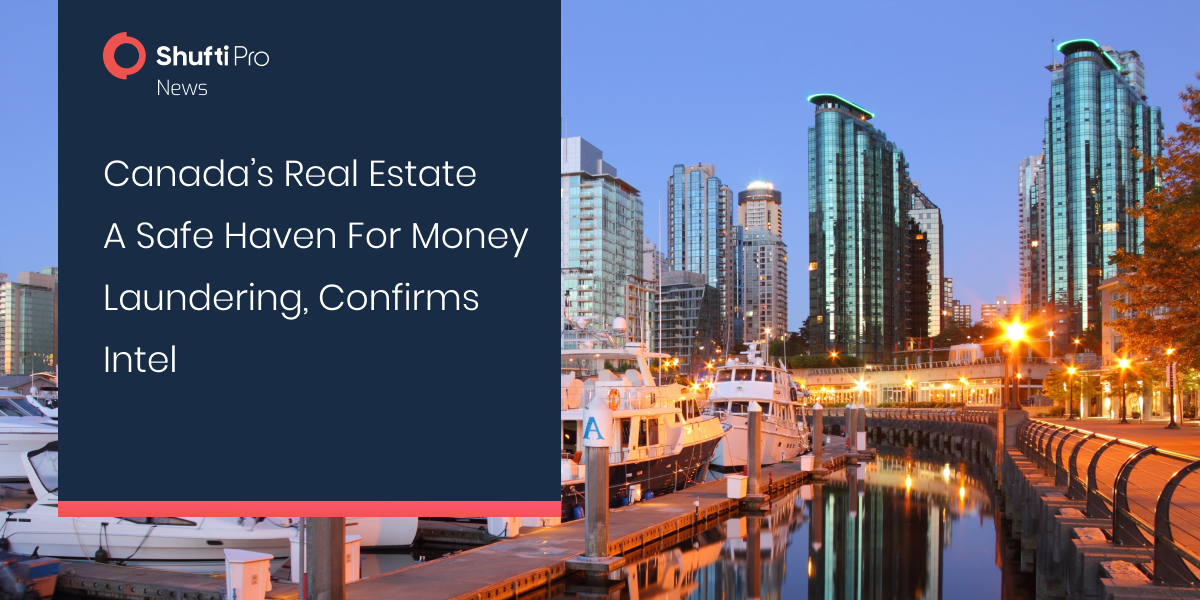 Intel has confirmed the findings of CISC’s report saying that Canadian real estate is a safe haven for money launderers and fraudsters due to opaque laws.

The report highlights the scope and extent of financial crimes in Canada’s real estate sector. According to Canadian Intelligence Service Canada (CISC), real estate is extensively used as a tool for criminal activity.

Organized crime is engaged in everything from laundering, to helping regular families forge mortgage documents. All of this creates extra demand for housing, helping to push home prices higher — and rents as well.

Canadian real estate is often exploited for money laundering due to opaque laws. According to the report, the proceeds of crime are used to buy the property through various schemes. Using illicit funds for down payments or mortgage payments are two straightforward methods.

However, CISC warns more sophisticated methods are also being used. Those include “manipulating property values and obtaining loans against the overvalued real estate that are paid using proceeds of crime.”

Less obvious methods are also seeing a rise in use. Examples include using illicit funds for renovations or to pay “rent” to a known party. Since many renovations can be paid with cash and a home could be sold for recovery, it’s a cheap way to launder a lot of cash.

Paying rent is one of the more interesting ones they don’t elaborate on, but we will on another day. When one party rents a property out to a known party that pays inflated rent. It’s a huge problem, especially when the launderer is sophisticated enough to create a false paper trail. This can involve taking out ads in legitimate rental places, so they can “prove” how they obtained a tenant.

Money laundering involves moving as much money as possible, so obviously they inflate the rent value.

Regular landlords and tenants, unaware, can begin to use these numbers as comps. This can inflate rents very rapidly. It’s a similar concept we previously covered on how a little money laundering can inflate home prices.