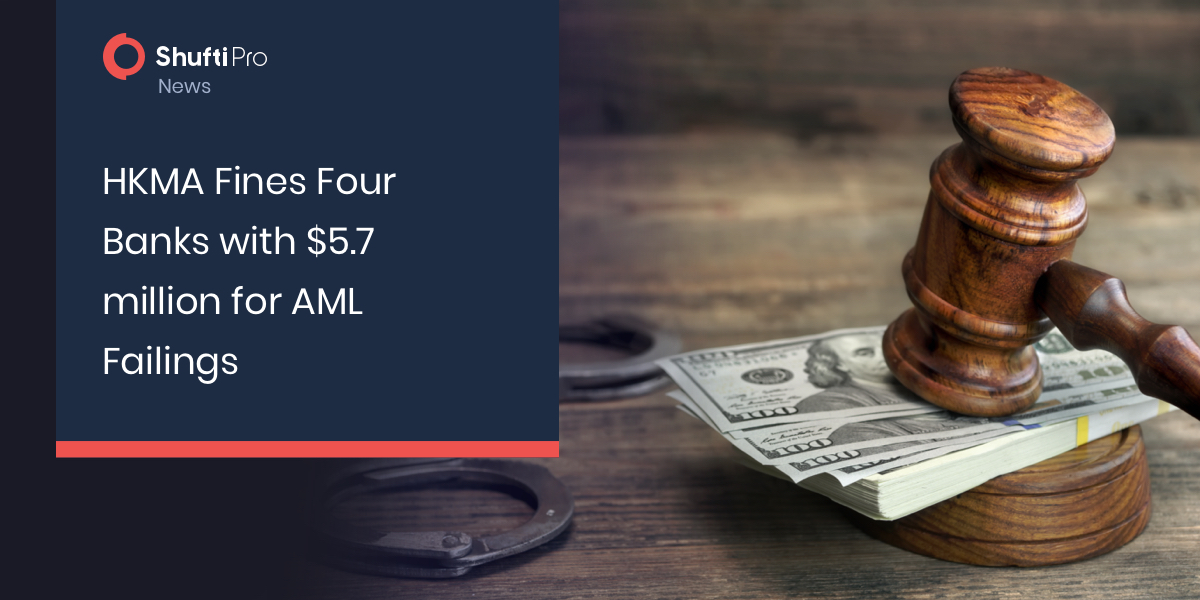 Hong Kong’s financial regulator has imposed fines on four banks with a combined amount of $5.7 million for failure to carry out due diligence and other AML measures.

Last Friday, the Hong Kong Monetary Authority announced fines on four banks along with local branches of the Industrial and Commercial Bank of China and UBS. The combined amount of fines for anti-money laundering breaches was HK$44.2 million ($5.67 million).

According to Reuters, the HKMA said in a statement that the reason for these fines is insufficient measures for due diligence, monitoring of customers’ transactions, and ongoing reviews of banking activities.

According to Carmen Chu, the HKMA’s executive director (Enforcement and AML), “Banks should make reference to these case examples to review data quality and respective transaction monitoring system effectiveness.”

“The identified deficiencies in the four cases occurred in a period … when industry understanding and experience were less mature, and since then, significant progress has been made by the industry, including the banks concerned.”

While the Union Bank of Switzerland (UBS) Hong Kong refused to comment, ICBC Asia, CTBC, and CCB Asia were not available to provide any statement apart from normal business hours.