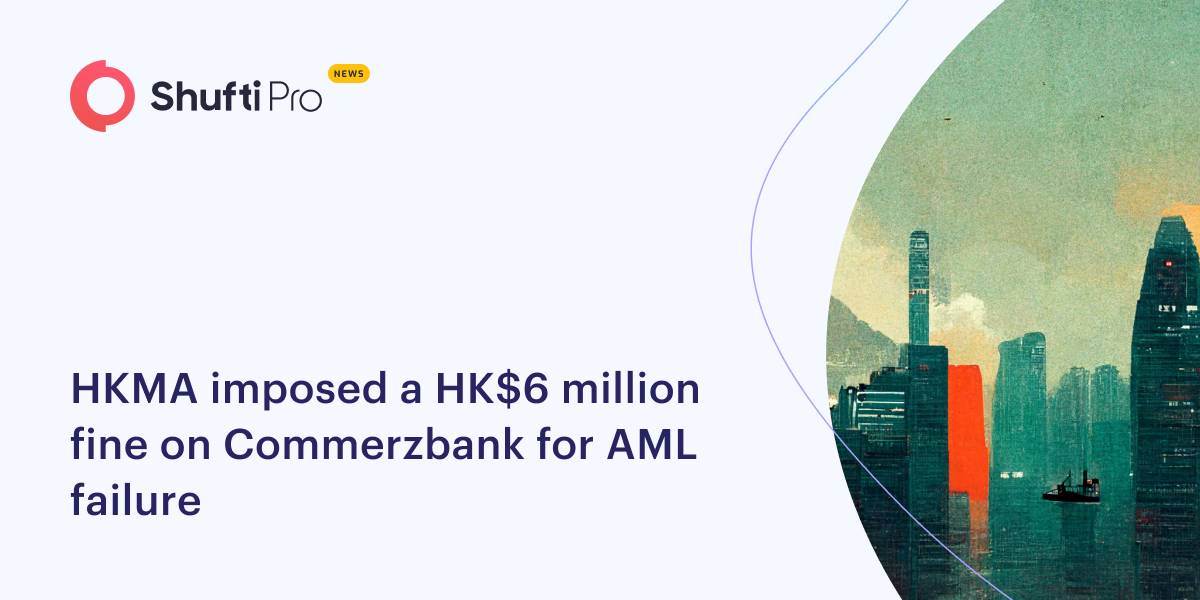 HKMA imposed a HK$6 million fine on Commerzbank for anti-money laundering failure. The bank has been cooperative and took precautionary measures to rectify the failures.

The Hong Kong Monetary Authority (HKMA) conducted an investigation against Commerzbank as the firm failed to carry out appropriate checks relating to anti-money laundering and counter-terrorist financing measures. According to the monetary authority, the identified shortcomings highlighted earlier between April 2012 and June 2016 showed that the bank lacked the minimum criterion of Customer Due Diligence (CDD). The financial watchdog conducted a series of on-site examinations and found that CBHK failed to have in place adequate systems of control to comply with the AML/CFT laws.

Carmen Chu, the executive director of enforcement and AML at HKMA stated that “conducting customer due diligence (CDD) before establishing business relationships. CBHK also failed to establish and maintain effective procedures for carrying out its duties under the AMLO in relation to conducting CDD and implementing name screening mechanisms of customers’ beneficial owners during this period.”

As per HKMA’s report, Commerzbank has cooperated in the investigation process. No deliberate failure was found as evidence. To cope with the deficiencies or failings, the company took essential steps to remediate the failings. The company reviewed its internal protocols progressively to ensure that relevant and essential regulatory measures were followed to avoid any daunting situation.

Hong Kong financial institutions are in the process of setting up compliance to follow AML rules. HKMA rebuked four banks and fined them HK$44.2 million due to an anti-money laundering failure in November.