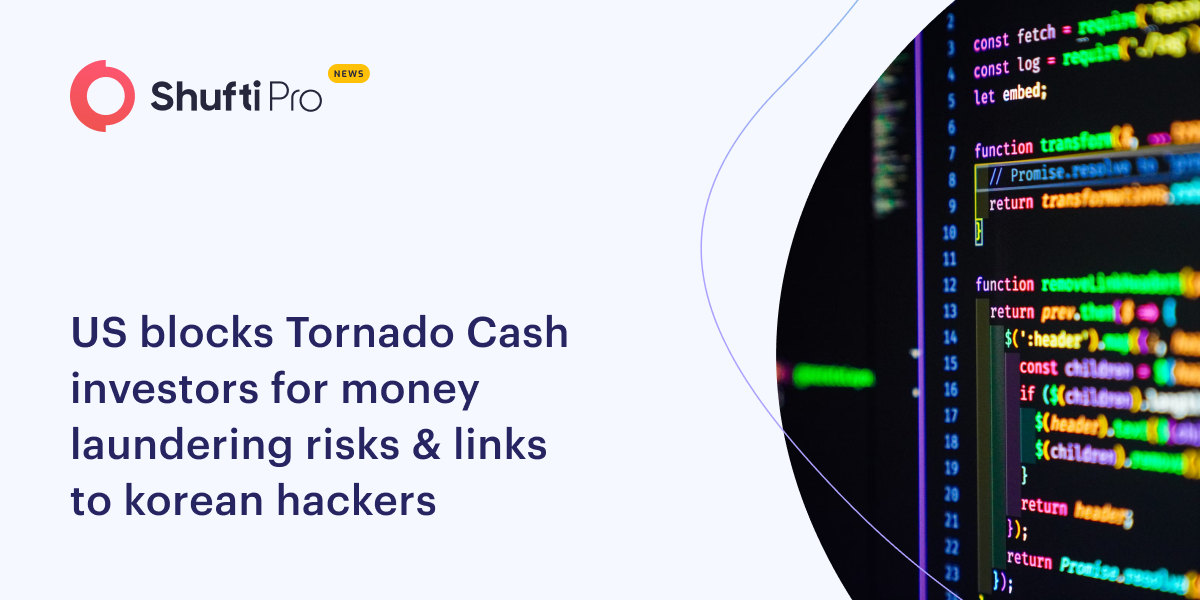 The United States has frozen the assets of crypto investors from Tornado Cash Service, saying it helps cyber criminals to launder money.

According to a Senior Treasury Department official, over $7 billion of cryptocurrency has been laundered by North Korean hackers via the Tornado Cash service since 2019. Tornado Cash is a so-called mixer, that manipulates the stream of digital currency to cover their origins and improve anonymity.

The move generally bans Americans from using the service. Jerry Brito, from the Washington DC-based cryptocurrency thinktank “CoinCenter” tweeted that the move “appears to be sanctioning a tool that is neutral in character and can be put to good or bad uses like any other technology.”

The Lazarus Group, a hacker collective funded by the North Korean government, allegedly moved at least $455 million through Tornado Cash, according to the US Treasury. Due to its involvement in numerous prior data breaches, including the 2014 attack on Sony Pictures, the group is already subject to US penalties.

According to the Treasury, Tornado Cash was also used to launder roughly $100 million from a hack of virtual currency company Harmony in June. Pyongyang denies the claims, and the North Korean delegation to the UN in New York has not responded.

Roman Semenov, the founder of Tornado Cash, tweeted that his account had also been suspended on the website GitHub and questioned whether it was now against the law to write open source code.

Dr Aaron Lane, a senior research fellow at the blockchain innovation cluster at the Royal Melbourne Institute of Technology, told ABC News that the action would reveal trustworthy cryptocurrency investors.

“It’s a tool which people use legitimately. Can you use it illegitimately? Yes. But I’d be worried about honest users who will not be able to withdraw funds or worse … possibly face criminal sanctions,” he said.

“That’s probably not the intention, but it is one of the consequences.

“Crypto is actually straightforward to track. Whereas bank accounts are protected, I can see where you’ve transferred funds in a crypto explorer with a few clicks of a button. Without these tools, your privacy is at risk.”

Despite being asked to make changes, criminal activity on Tornado Cash had continued, the Treasury official said, Triggering Monday’s decision to impose measures.

In May, the Treasury also targeted another service, Blender, the first case of a Micer facing sanctions. Hackers have long plagued crypto platforms, and other experts say Tornado Cash has played a role.

“In total, (our) analysis shows that at least $1.3 billion in proceeds of crime, such as ransomware, hacks and fraud, have been laundered through Tornado Cash.”

“The regulatory settings in the US and elsewhere are such that there is uncertainty, and the real solution is to have legislators pass bills in Congress.”