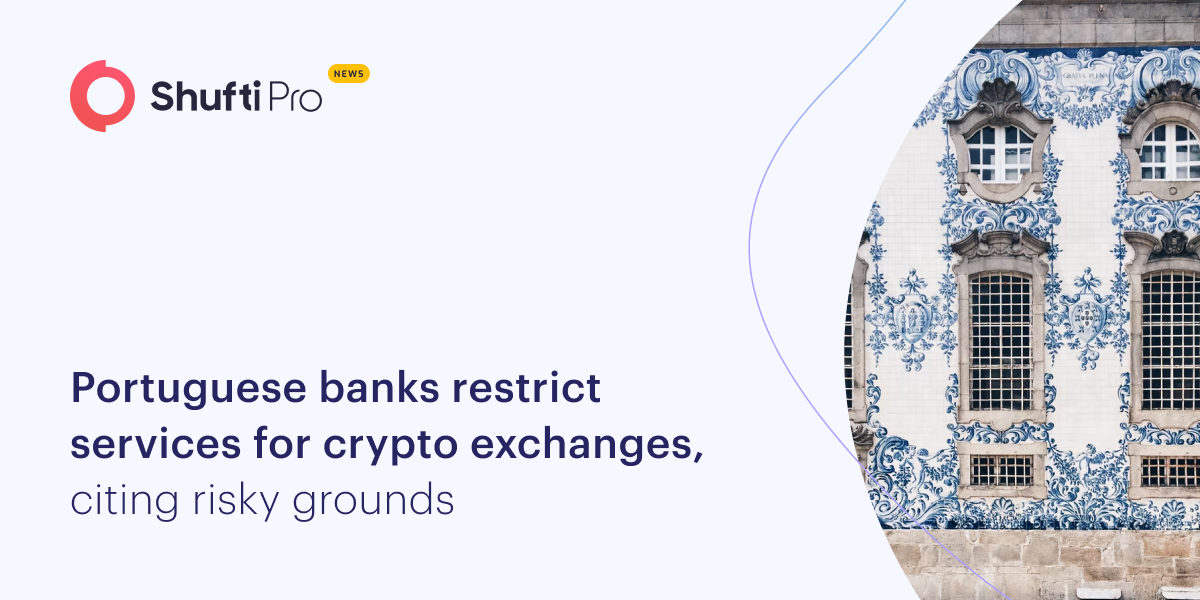 Due to risk management concerns, a number of Portuguese banks have started shutting down accounts associated with cryptocurrency exchanges.

Portugal has gained a reputation as a crypto haven in recent years due to the absence of capital gains taxes on earnings from the cryptocurrency industry. But during the past few months, it seems that both the government and the financial industry have been more eager to regulate cryptocurrency in accordance with other EU countries.

A long list of banks, including  Banco Comercial Portugues (BCP) and Banco Santander, as well as Caixa Geral de Depósitos, BiG, and Abanca have closed, according to the media outlets Expresso, Jornal de Negocios, and Bloomberg.

The central bank of Portugal, which regulates local cryptocurrency trading platforms, has registered all of the exchanges. Three of the exchanges’ identities were made public: Criptoloja, Mind The Coin, and Luso Digital Assets. A fourth exchange requested media anonymity.

Despite adding that he was “watching the problem,” Bank of Portugal Governor Mário Centeno was cited as saying that financial institutions were free to act as they saw fit.

The Central Bank further quoted that: “The decision to open or continue to offer bank account services depends in such cases on the risk management policies that each banking institution puts into place.”

The Bank of Portugal’s supervision of exchanges comprises that the platforms that fight terror financing and money laundering. The additional regulation of the crypto sector is still yet to be created.

BCP told that its duty was “to inform the competent authorities whenever it sees ‘suspicious transactions,’ which may also determine the termination of banking relationships with certain entities.”

A Santander spokesperson added that it generally acts in “accordance with its perception of risk” and that decisions to close, open or maintain accounts depend on “several factors”.

CriptoLoja quoted that it had always abided by money laundering protocols as required he said: “We now have to rely on using accounts outside Portugal to run the exchange.”

Pedro Guimares, the founder of Mind the Coin was quoted: “While there is no official explanation, some banks just tell us they don’t want to work with crypto companies. It’s almost impossible to start a crypto business in Portugal right now.”

Tax lawyers in Spain reported as recently as April of this year that Spaniards with cryptocurrency holdings were “fleeing” to Portugal in order to avoid taxes on their token-related income. They cautioned that as the nation tightens its regulation of the industry, Spain is on the danger of turning into a “crypto desert.”

But since then, Portugal’s attitude has shifted, and the government now seems keen to regulate. In May, two initiatives that called for the impending implementation of cryptocurrency-related taxes were rejected in parliament; nevertheless, both of these bills came from minor opposition groups. It’s expected that the ruling party will draught its own legislation, which some have predicted could soon reach the Assembly of the Republic.