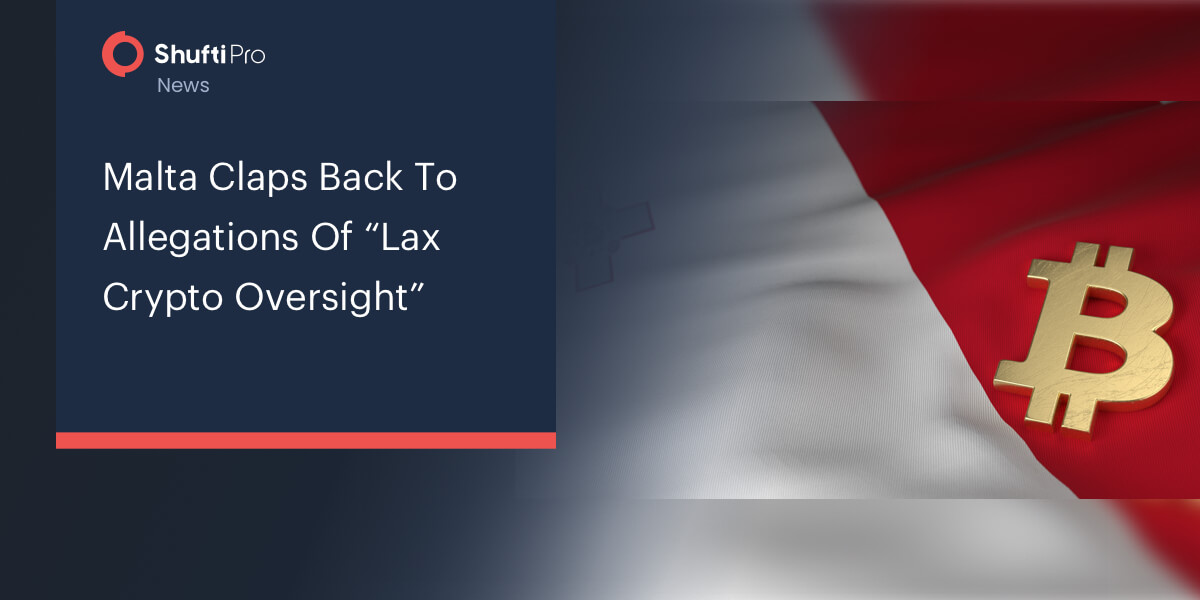 Malta Claps Back To Allegations Of “Lax Crypto Oversight”

A business unit within Malta’s Chamber of Commerce has shut down all accusations that state that the country failed to maintain proper regulatory oversight of cryptocurrency businesses in the early days of the industry in 2017 and 2018.

A Sunday report from the Times of Malta stated that global regulators have raised concerns regarding the lax treatment of cryptocurrencies, which can cause a rise in money laundering. Malta Chamber of Commerce’ Virtual Financial Assets Agents Business Unit responded to the claim and dismissed all such allegations.

Sources close to the FATF (Financial Action Task Force) tipped the daily newspaper that regulators believe Malta’s fast-tracking of crypto businesses came at the expense of proper due diligence.

However, the Agents sent out a written response to the Cointelegraph, highlighting that the VFA framework “regulates the crypto industry at a very high standard”

“The licensing process, which is managed by the MFSA, is very rigorous, with a double-layered approval system consisting of licensed VFA Agents and the MFSA itself ensuring that only legal entities operating at a highly qualitative level are approved by the MFSA and allowed to operate in Malta.”

Additionally, the Agents also refuted the threat of money laundering through cryptocurrencies, claiming that public-ledger cryptocurrencies such as Bitcoin (BTC) are highly effective in combating crime.

Malta is showing no signs of slowing down when it comes to the adoption of digital assets. In June 2020, the country broadened its blockchain ambitions to pursue digital assets more holistically.

Suggested Read: 6 Upcoming Trends In Blockchain And Cryptocurrency For 2021