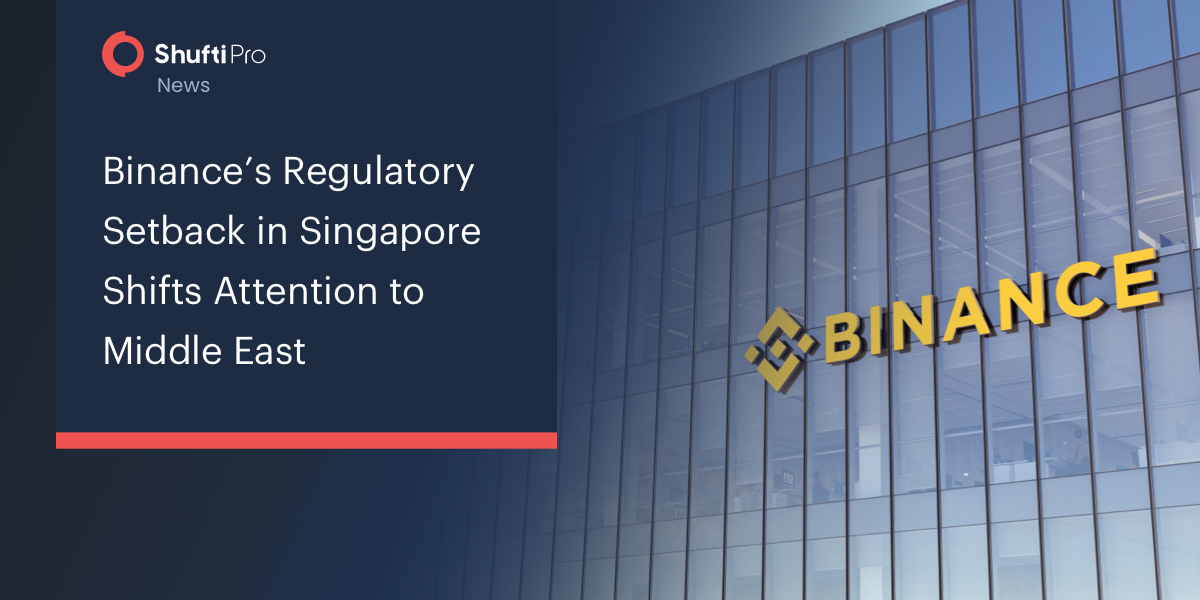 Binance, the world’s largest cryptocurrency exchange, withdrew its application for licence in Singapore due to incompetent CDD and AML protocols. Now, the regulatory setback has spurred the focus in Indonesia and the Middle East.

Last week, Binance’s Singapore unit said that it has withdrawn its application for license to offer crypto services and would shut the exchange for crypto and fiat trading by mid-February.

Zhao Changpeng, Chief Executive of Binance, said that the company’s investment into regulated exchange is making the application “somewhat redundant”.

Reports, however, revealed that the largest cryptocurrency exchange across the globe was unable to meet Singapore’s requirement to combat money laundering and terrorism financing.

“They thought the regulatory landscape is simple but once they started getting into it, they realised it’s very onerous. They thought it was a good idea, but now it doesn’t work for them,” said Sumit Agarwal, a professor at the National University of Singapore (NUS).

With Singapore’s stricter criteria, analysts said that firms may look to other Asian economies like Indonesia or choose places with lenient laws like the ones in the Middle East.

Only three entities have been granted license to offer digital payment tokens including cryptocurrencies; DBS Vickers, Fomo Pay and Independent Reserve. Chia, from Blockchain Association Singapore, said that Binance’s retreat might damage the crypto-friendly city’s image. Nonetheless, low taxes and access to talent in Singapore is still an appeal.