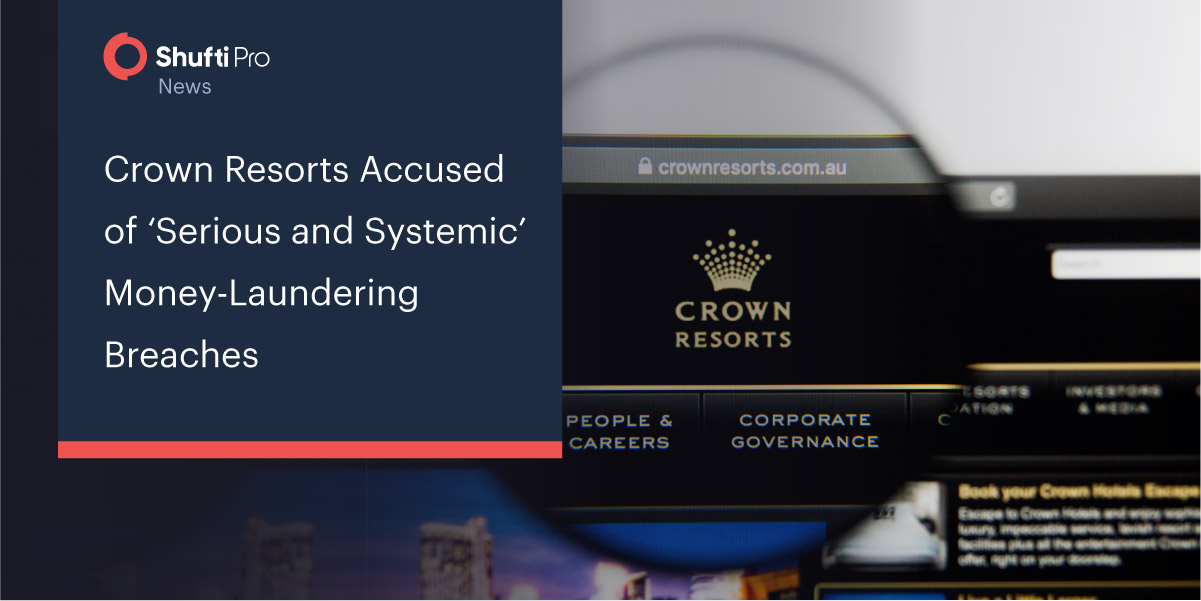 AUSTRAC has brought Crown Resorts to court as the casino breached anti-money laundering regulation “innumerable” times over the past six years.

The company, which is in the midst of being taken over by private equity firm Blackstone, faced a fine of potentially hundreds of millions of dollars in the Federal Court over what AUSTRAC said was “serious and systemic non-compliance” which left it open to criminal exploitation.

Crown’s infiltration by international organized crime groups and money launderers that were first publicly revealed in the series of reports by The Age and The Sydney Morning Herald in 2019, and subsequently confirmed by a set of public inquiries in NSW, Victoria, and WA.

“They also failed to carry out appropriate ongoing customer due diligence including on some very high-risk customers,” Ms. Rose said. “This led to widespread and serious non-compliance over a number of years.”

The financial regulator has not detailed how much they could impose a fine Crown against highlighted allegations. However, AUSTRAC has enlisted heaps of sanctions against the companies that failed to comply with AML regulations, including Westpac, Commonwealth Bank, and Tabcorp.

Furthermore, in the brief statement filed to the court, the financial watchdog alleged that Crown Melbourne and Crown Perth breached customer due diligence requirements on 547 occasions since March 2016, and also failed to stay put with the regulatory obligation of having a rigid AML program in place. However, each violation of the Anti-Money Laundering and Counter-Terrorism Financing Act can make the suspected company pay an $18 million to $22.2 million fine.

In addition to this, AUSTRAC said the court will consider the size and financial position of Crown along with the “nature and extent” of the contraventions, and the “nature of any loss or damage suffered as a result of the contravention” to determine the penalty. Additionally, the court will also consider the present state of anti-money laundering controls, which has been improved after a complete cleanout of the board members and senior executives over the past two years.

Ms. Rose said Crown was improving how it tackled money laundering but had “further work to do and AUSTRAC will continue to work closely with Crown to address ongoing compliance concerns.”