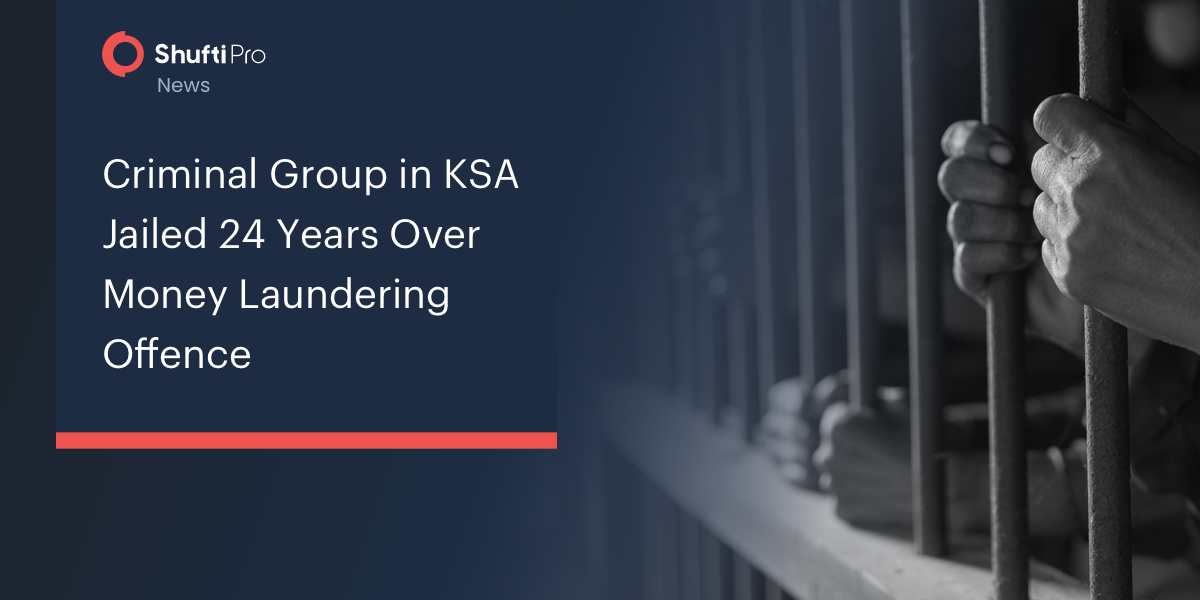 A recent investigation by the police in KSA (Kingdom of Saudi Arabia) caught a gang of four people involved in cross-border smuggling and money laundering.

The prosecution court charged the defendants with proceeds of crime offences with a total of 24 years in prison and fines worth 140 million SR (Saudi Riyal) which is equivalent to almost 37.3 million USD.

In a public statement, the prosecution source quoted,

“The gang, composed of a citizen, and three expatriates, shared roles among them. The Saudi man created commercial records for commercial entities that did not exist on the ground, then opened bank accounts and handed them over to expatriates, who collected money illegally, deposited them in these accounts, and transferred more than 140 million riyals abroad, which constitutes a full-fledged money laundering crime.”

The proceedings by the court show that a Saudi citizen conspired with three money mules to which he had given his commercial bank account details to transfer illegal funds in offshore accounts, and in turn received a lump sum of 30,000 SR. This is a serious crime defined under Article 2 of the Anti Money Laundering Law.

As per the ruling, the law enforcement and Public Prosecution are working together with the Investment and Commerce Ministry, the Saudi Central Bank, the Zakat, and Tax and Customs Authority to combat such monetary crimes. The source emphasized that it will not hesitate to punish those involved in disrupting the legal financial system and economic stability of the Kingdom.

A similar case emerged in June when two people were sent to jail for three years upon money laundering offences. Moreover, in April, a group of individuals was sentenced to 106 years imprisonment, confiscating a total of 7 million SR from their banks accounts and imposing fines worth 1.8 million SR.