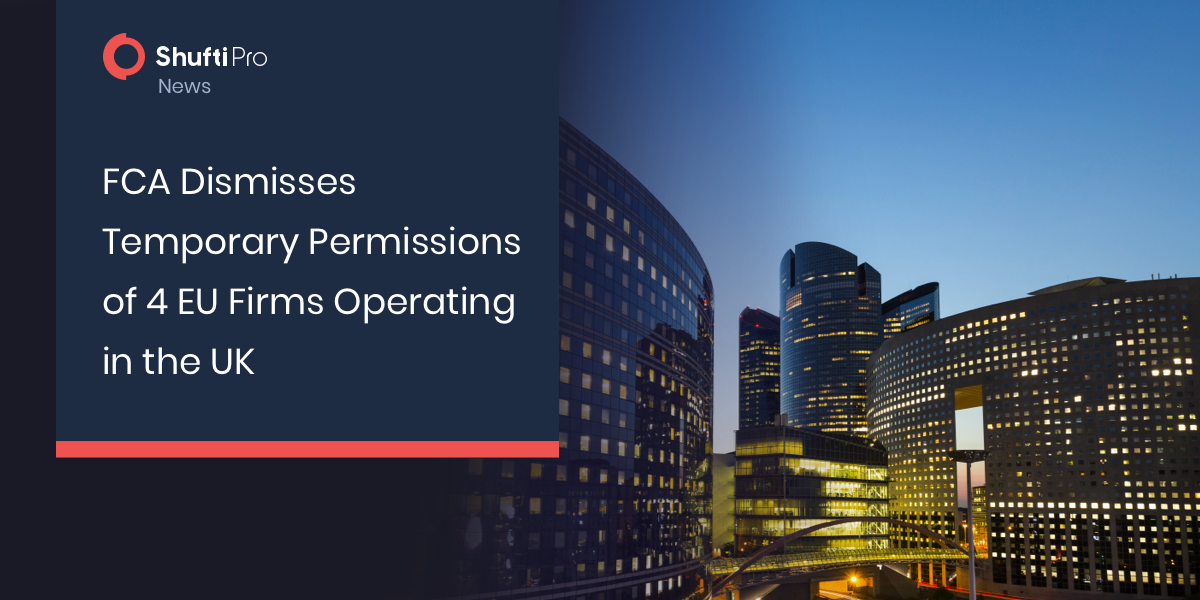 UK’s Financial Conduct Authority (FCA) has called out EU firms operating in the UK to meet their standards to remain in the temporary permissions regime (TPR).

On Tuesday, 18 January 2021, the UK Financial Conduct Authority made an announcement to inform European firms operating their businesses in the UK that they must meet the FCA’s standards to remain in the temporary permissions regime (TPR).

In order to reduce the impact of Brexit on businesses, the UK government created the temporary permissions regime for firms based in the European Economic Area (EEA), which comprises all European Union (EU) countries, including Iceland, Liechtenstein, and Norway.

With the temporary permissions regime, the firms based in these countries that were previously not able to operate in the UK before the end of the Brexit transition period (31 December 2021) were enabled to operate temporarily.

However, in the statement on Tuesday, the FCA confirmed the approach it will take for European firms temporarily operating in the UK. The FCA said that the TPR is only applicable to firms that are willing to continue operating in the UK in the long term and are able to meet the FCA’s standards in doing so.

On the other hand, companies that fail to comply with these rules, including failure to fulfill mandatory information requests or lack of intentional application for full authorization, will be stopped from continuing business and could be dismissed from the TPR entirely.

The FCA also shared that it has already canceled the permissions of 4 firms for not responding to the mandatory information requests, despite the authority asking them multiple times. As a consequence, these 4 firms are no longer allowed to do conduct business operations in the UK and will face criminal proceedings if they attempt to do so.

Emily Shepperd, executive director of authorizations at the FCA, said: “The U.K. is open for business, but not to firms who do not meet our regulatory expectations. We expect firms operating under the regime to be responsive to our requests for information, and that are coherent in their business planning. We will continue to act against firms that fail to meet our standards.”

Suggested read: FCA Spends $650K to Beef up its AML Control for the Crypto Industry