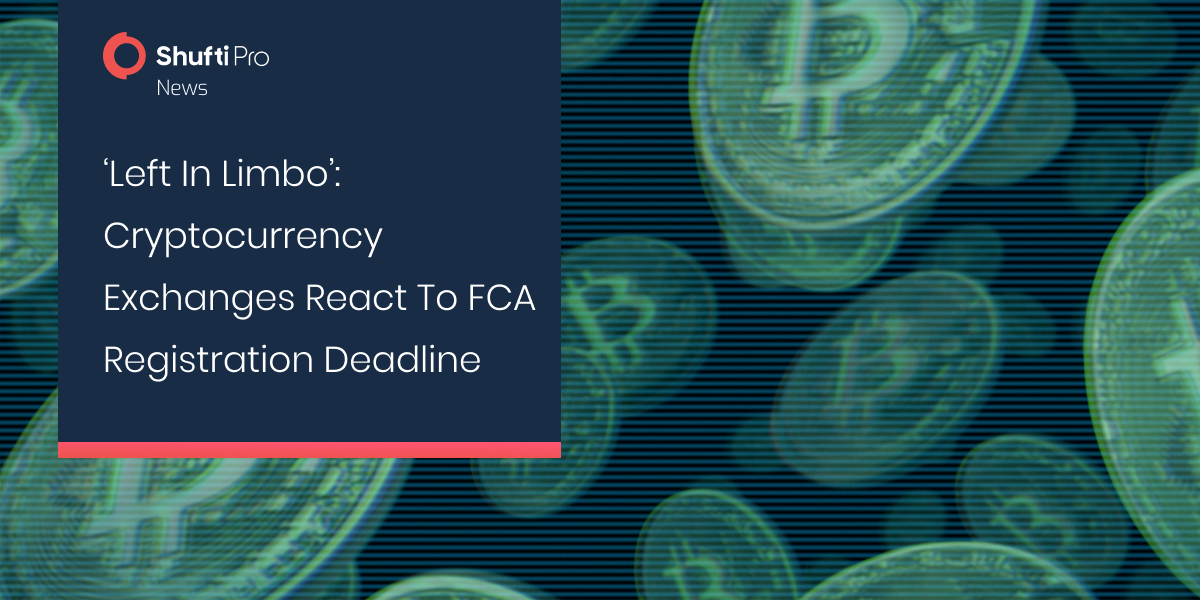 Today is the deadline for the digital currency firms to be registered with the UK’s financial regulator or cease operation in the country, a move that has been largely criticized by the industry.

This requirement emerged as a part of the Financial Conduct Authority’s (FCA) attempt to curb money laundering and other financial crimes in the cryptocurrency market. Cryptocurrency firms operating in Britain must demonstrate that they comply with anti-money laundering (AML) regulations to get approval from the FCA. However, last Thursday FCA told CNBC that it has permitted just 33 cryptocurrency firms’ applications, meaning many companies were in a race to gain the license, or in some cases chosen to leave the UK market.

A spokesperson from the FCA said: “We have been reviewing crypto-asset firms’ applications to ensure they meet the minimum standards we expect – that those who run these firms are fit and proper and that they have adequate systems to identify and prevent flows of money from crime. These are in place so our financial system is not open to abuse by those who want to move and hide money made from violence, drugs, corruption, or the exploitation of others.”

However, 12 firms, including Copper Technologies and Revolut were given an extension by the FCA.  The FCA registration deadline has received mixed reactions from the cryptocurrency industry entities. Some hail the FCA’s efforts as a significant step to regulate the crypto market often described as the “wild west”, and to ensure the safety of digital users.

Others, however, see it as a dangerous move that could halt the UK’s participation in an increasingly valuable market.

James Kaufmann, a lawyer at Howard Kennedy specializing in crypto regulation, told UKTN that the FCA deadline “reflects the disinclination toward crypto at an institutional level”. He said that the regulator hasn’t “approached this like a normal AML certification” and has “essentially asked firms to do a full application”.

Kaufmann is concerned that it could make the UK “less appealing” for cryptocurrency companies to do business, with firms more likely to choose places without “frictional costs”.

He described what the FCA is doing to the crypto industry in the UK as “senseless to the reality that crypto is here to stay” and that it “potentially threatens the UK’s eminence as a financial center”.