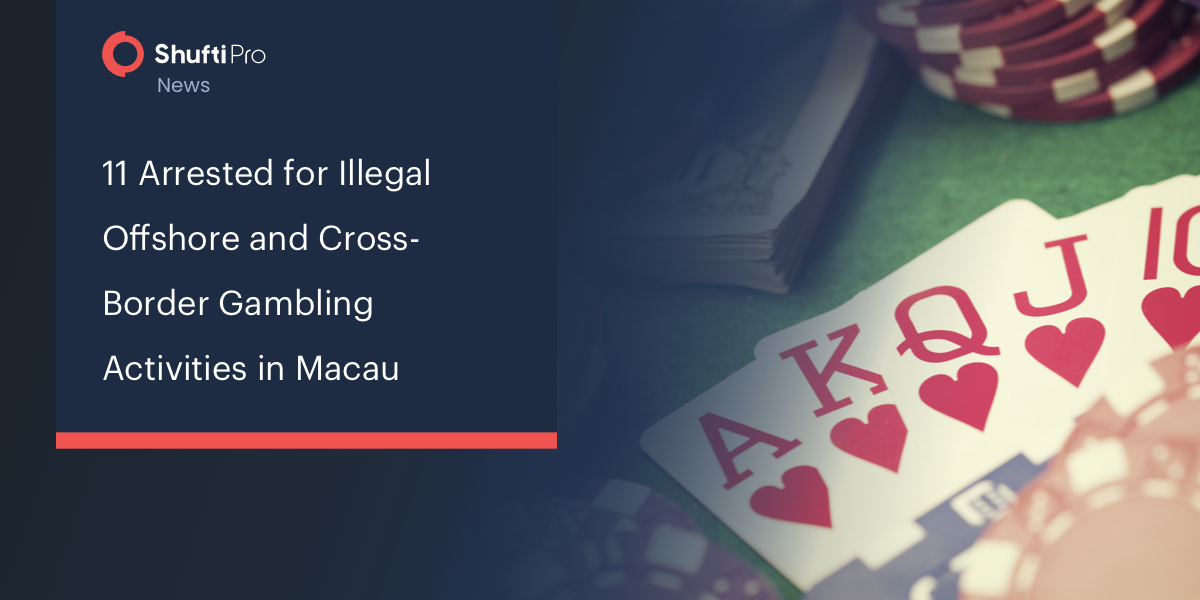 11 people arrested along with businessman Alvin Chau in an investigation of bogus gambling schemes and money laundering activities across Asia.

Macau police have arrested 11 criminals in an investigation of illegitimate gambling and money laundering activities a day after businessman Alvin Chau, who arranges tours to Asian casinos for gamblers, was held questionable at a local police station.

The law enforcement authority said in a statement that the alleged people revealed that the criminal group had operated illicit gambling websites and telemarketing activities across the borders.

Hong Kong’s South China Morning Post reported that at a news conference on Sunday, the police didn’t name the individuals but they publicly announced the name of Macau businessmen surnamed Chau.

It was not clear if the suspect was Alvin Chau, the chairman of Suncity Group Holdings Ltd (1383. HK). He is the founder of a legal entity called Suncity, the special administrative region’s largest junket operator, that runs VIP gambling rooms across Asia.

Junket operators bring high rollers to play at casinos, extending their credit and collecting their debts. Macau is well-known as Las Vegas of Asia and has become rich from the gambling industry.

Junket operators are go-betweens who bring high rollers to play at casinos, extending them credit and collecting on their debts. Officials say Chau formed a network to help citizens engage in offshore as well as cross-border gambling activities. https://t.co/ArKUz3DU1T

However, the Hong Kong-listed Sun City Group Holdings representative couldn’t reach for comment by phone nor respond to the email inquiries seeking comments on behalf of Alvin Chau.

The law enforcement bodies of Wenzhou stated on Friday that an investigation had found Alvin Chau’s involvement in a junket network in the mainland to assist citizens involved in offshore and cross-border gambling activities.

Furthermore, the government also stated that the Chau was taken to the investigation center for further questioning, based on gathered evidence and after they received a notification regarding arrest warrant from the mainland authorities.

Suncity spokesperson on GGRAsia, a news outlet on the Asia casino industry quoted, “All businesses are normally operating in accordance with the law and under the supervision of the Macau Special Administrative Region Government.”

Chau is also a shareholder of the Sun Entertainment Group Ltd, a film production firm, which said in the exchange filing that board had noted news about the investigation in Wenzhou and Macau. “The Board wishes to emphasize that the News Coverage is relating to the personal affairs of Mr. Chau. The Board is of the view that the Incident does not have any material impact on the financial position, business, or operation of the Group,” the filing said.