BitGo settles with US Treasury; Sanctions Violations will Cost $98,830
Skip to content 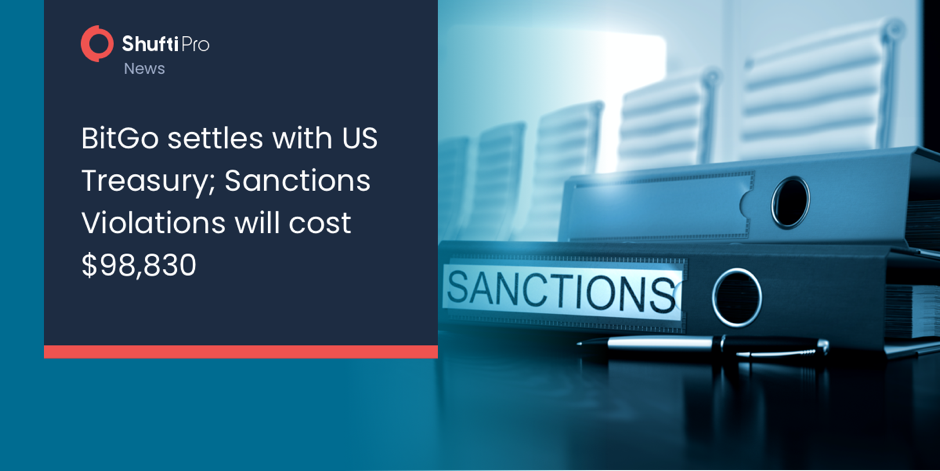 BitGo settles with US Treasury; Sanctions Violations will Cost $98,830

The U.S. Treasury has settled with BitGo over costs that it helped users in authorised divisions to transact utilising its crypto wallet services between 2015 and 2019.

BitGo, which provides crypto wallet services in Cuba, Iran, Syria, Sudan and Crimea, failed to comply with Know Your Customer (KYC) standards, according to the US Treasury’s OFAC department in a statement on December 30.

“BitGo declined to execute due discretion or care for its penalties compliance obligations when it failed to deter individuals allegedly located in authorised jurisdictions to open accounts and transfer virtual currencies through its platform as a consequence of a failure to implement appropriate, risk-based sanctions compliance controls.”

The Treasury formulated that there were 183 “possible violations” of its diverse sanctions applications, adding up to just above $9,000 in transactions. They maintain the rank of “apparent” as the allegations are based on the internet protocol addresses from which users obtained BitGo hot wallets.

In alleviating circumstances, the Treasury stated that:

The agreement will cost BitGo $98,830. Given the hawkishness of OFAC’s policies, the arrangement is approximately lenient, even though the actual amount transacted was less than 10 per cent of the penalty. The civil fine had the matter gone to court, would have been between $183,000 and $53 million.

But today’s performance is completely essential for other crypto organizations. The statement makes apparent that Office of Foreign Asset Control will be examining more closely at crypto servicers: