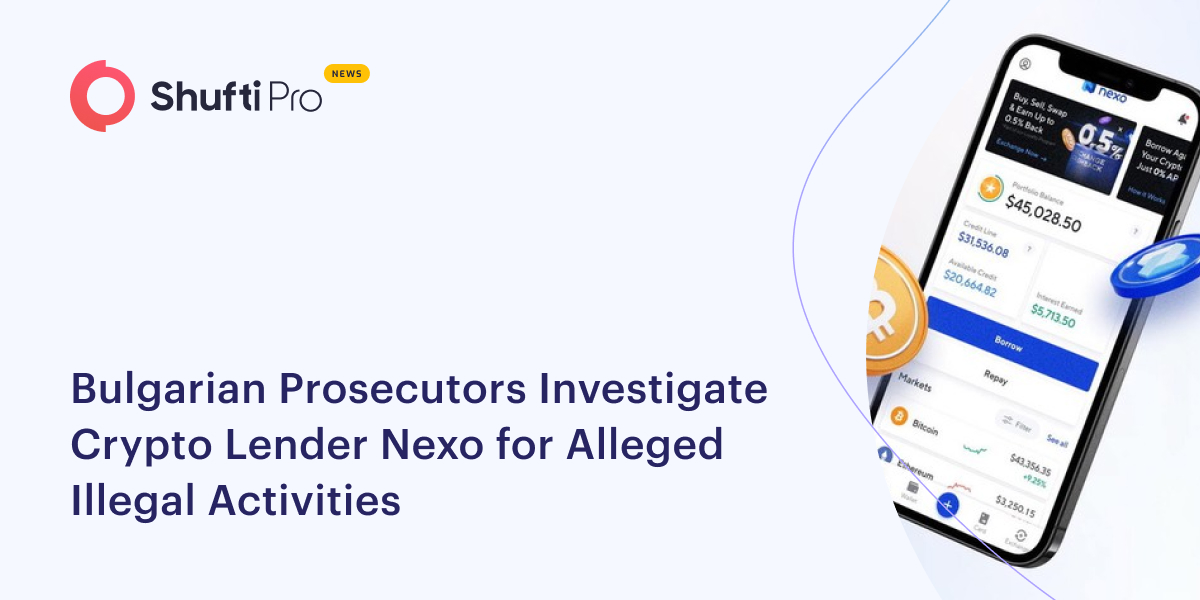 Bulgarian officers have launched an investigation against Nexo as the crypto Lender was involved in illegal activities. More than 300 investigators, police officers and security officers took part in the raiding operations.

As per the Bulgarian prosecutors, 94$ billion is gone in the past 5 years through the Nexo platform, which was involved in authorised banking operations, computer fraud, tax offences and money laundering. The authorities also stated that a person was engaged in financed terrorist activities and used the platform to transfer cryptocurrencies.

“In Sofia, active steps are being carried out as part of a pre-trial investigation aimed at neutralising an illegal criminal activity of crypto lender Nexo,” Siyka Mileva, a spokeswoman for the prosecutors’ office, told reporters.

More than 300 people, including security officers, police officers and 300 investigators, are involved in this operation. They are investigating how NEXO organized crime groups, money laundering and unlicensed banking activities.

The authorities recently raided over 15 sites in Bulgaria and the largest city Sofia. “It has been established that the main organisers of the international platform are Bulgarian citizens and the main activities are from Bulgarian territory,”  says Siyka Mileva.

The announcement comes right after NEXO said in December that it would scale back its U.S. products and services due to clashes with regulatory bodies in the coming months.

The prosecutors linked this scenario with Ruja Ignatova – a Bulgarian-born censured criminal from Germany. Ruja, also referred to as “The Queen of Cryptocurrencies,” the government states that company officials were immersed in Ruja’s crypto-related scheme. She established the scheme Onecoin in 2014.

Nexo posted a thread on Twitter claiming that they always adhere to know-your-customer(KYC) and anti-money laundering (AML) policies. The company stated that they always try to maintain international regulatory standards.

“Unfortunately, with the recent regulatory crackdown on crypto, some regulators have recently adopted the kick first, ask questions later approach. In corrupt countries, it is bordering with racketeering, but that too shall pass. We are always cooperating with the relevant authorities and regulators,” Nexo concluded. They also added that people are arrested without any warrant and that everything was against the rules.

Nexo was created in 2017 by two Bulgarians-Antoni Trenchev and Kosta Kunchev. The company accept deposits in crypto and pay interest to clients.  It also provides loans through cryptocurrency and uses them as collateral.

The company had almost 600 employees, and this is not the first case of NEXO. The state of New York had also filed a case against them in September as they were accountable for fraud and unlawful activities.