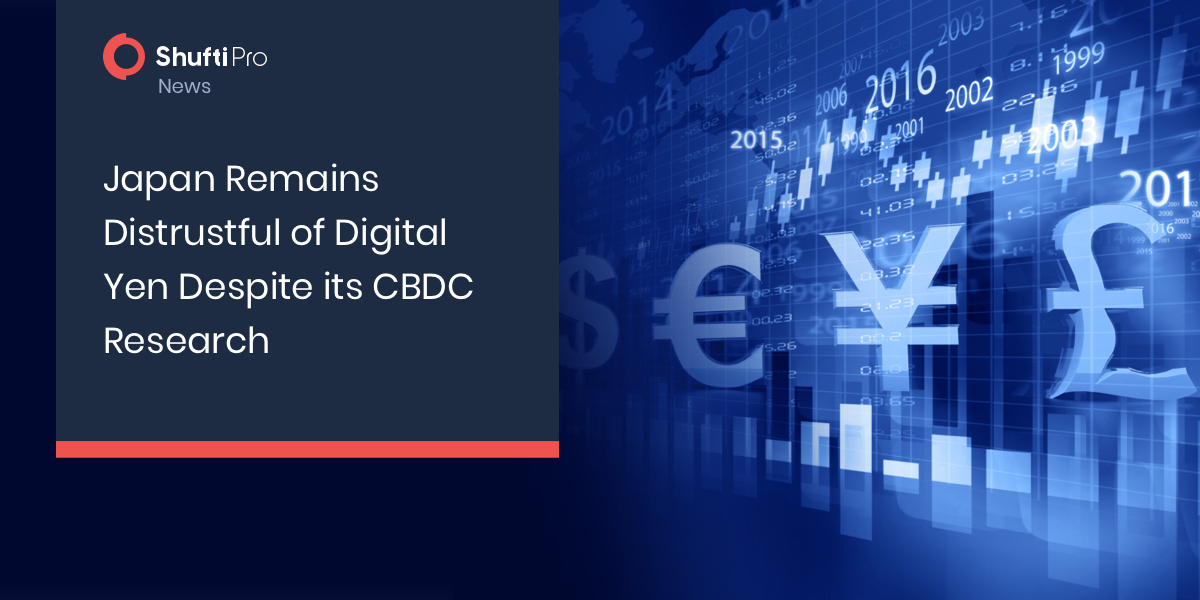 Japan Remains Distrustful of Digital Yen Despite its CBDC Research

Japan’s Central Bank Launches research on the Central Bank Digital Currency but still remains unsure about the nation’s need for digital yen. Experts are concerned that this undecidedness could cost the country its competitive edge.

The Bank of Japan recently began a project to test the feasibility of the Central Bank Digital Currency. The experiment is still in its phase and it might stay for one year.

The Central Bank has also announced that this project is just a backup and there is still no timeline to implement the official launch of the digital currency. The Bank has made it clear several times that Japan does not need to issue a CBDC. This uncertainty has left some experts feeling impatient in Japan.

Many experts have claimed that the country will fall behind other nations if they do not hurry up with their decision on Central Bank Digital Currencies and the future of digital currency.

“The biggest benefit to introduce CBDC in Japan is to speed up the efforts to shift to a cashless society. Digitalization is inevitable for today’s business, economy and society to increase efficiency, and demand for the currency and payment system tailored for the digitalized world will only grow. Central banks ensure the credibility of the currency. This credibility is crucial in financial systems.” said Takahide Kiuchi, the executive economist with Nomura Research Institute. “A CBDC mobile payment and settlement system will provide the general public with a higher level of reliability, and can advance the transformation of the society that’s lagging behind the other advanced economies.”

The political experts are also in favour of CBDC issuance, however, they are concerned about the viability of the Japanese Yen and the economic security of the currency on the international platform.

The Chairperson of the Digital Currency Forum disclosed that the government and the ruling party has been cautioned about how Japan will fall behind China in digital transformation. China is developing digital currency for seven years now. Even though it has yet to launch the currency, China’s Digital Currency – Electronic Payment (DCEP) project – has succeeded in several rounds of testing through banks, consumers, and retailers for almost a year now.

Other than allowing China to enhance its control over the money supply and improved monitoring of financial activities, the digital yuan, known as e-CNY, enables China to have a competitive edge against other currencies in international trade and finance, including the U.S dollar and the Japanese yen.