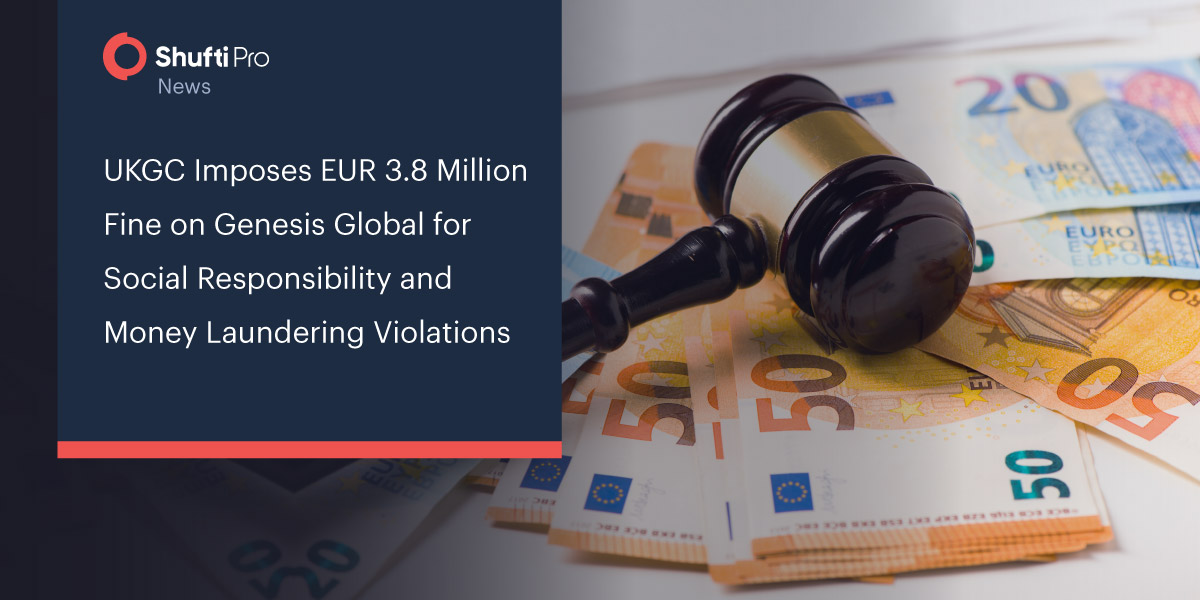 The regulatory authority has also issued a warning to the gaming and gambling sector, stating to use all the necessary instruments to maintain the customers’ safety at the highest possible level. Just a day ago, an all-parliamentary panel created a report of the Commission, deeming the UKGC “too harsh” in enforcing the gambling regulations.

However, the Commission cautioned Genesis Global before imposing the hefty fine UKGC  demanded a complete audit of the company.

The investigations revealed viable money laundering and social responsibility violations. In July 2020, Genesis Global was first banned by the Gambling Commission from operating in the UK. However, the ban was lifted after three months, when the company made “significant compliance improvements”. Despite the suspension, the gambling operator is still up to its old antics, as shown in the investigation report made public on Thursday.

UKGC identified three money-laundering breaches. One of these includes a customer who was allowed to deposit more than $1.7 million but lost around $800,000. The Commission’s investigation concluded that the sum of $30,00 in deposits and $36,000 in cash withdrawals, document by the player was submitted to the company, was inadequate to support the customers’ level of gambling at the time.

In another case, Genesis estimated that a customer earned EUR 111,000 per year as a director of a London business, even though pay varies for directorship. The company only inquired into the client’s source of the cash after the customer had lost EUR 209,000.

In addition to this, the first case of social responsibility code breach involved an NHS nurse who earned around $40,00 per year but lost nearly $320,000 in three months. The Commission identified that the company knew the individual’s profession and wages, while didn’t engage in the required responsible practices.

UKGC also determined another case of social responsibility breach in which an individual lost EUR 197,000 within six months. In the third case, Genesis Global failed to engage in responsible gambling practices when another customer lost $310,000 in just six weeks. Furthermore, Genesis was also penalized by the Spenlinspektionen for being non-compliant with self-exclusion laws, although the fines were reduced by the Commission.