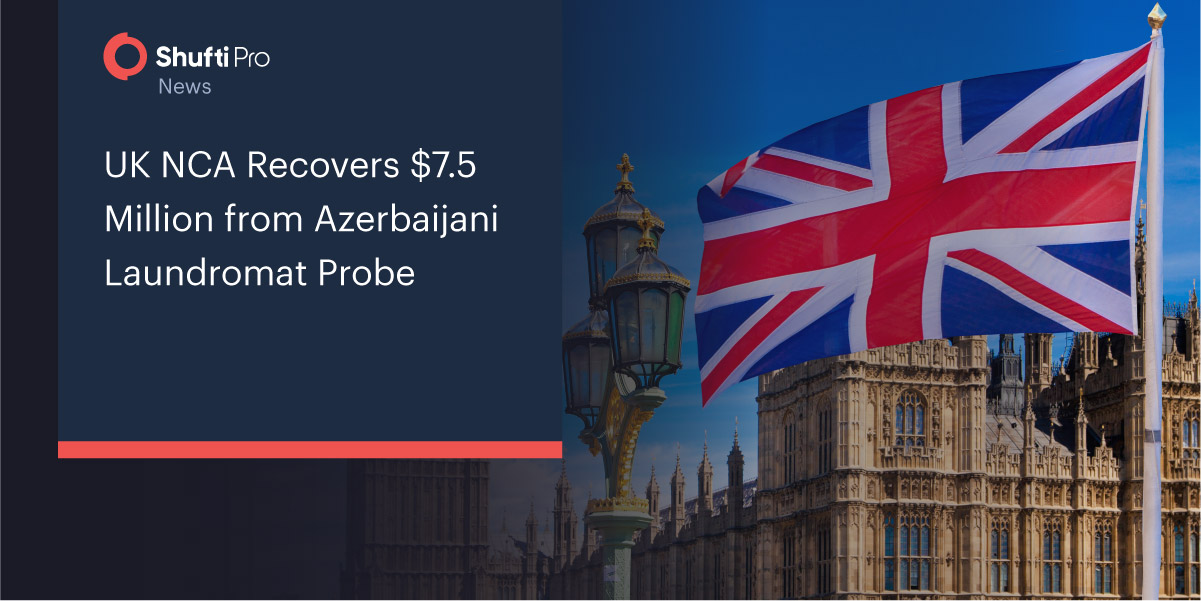 The UK’s NCA has recovered 5.6 million pounds ($7.5 million) from bank accounts in the country which was linked to an “Azerbaijani Laundromat” probe.

The British crime agency was conducting investigations into bank accounts that belonged to family members of Javanshir Feyziyev, a serving member of the Azerbaijan Parliament.

In a statement on Monday, 31st January, the National Crime Agency said in a statement that the money was recovered after the investigations. The agency had applied to freeze and recover about 15 million pounds, said the NCA.

The Azerbaijani Laundromat is known as an international money laundering scheme that channeled dirty money through the UK into shell companies and created a window for around $3 billion in cash to be transferred.

The NCA recovered 4 million pounds from the Javadovs, which is a politically exposed Azerbaijani family, in another money laundering case last year.

“The adverse findings in this matter relate to money which, before it was paid to Dr. Feyziyev, flowed through various intermediaries of which the family had neither knowledge nor control,” a spokesperson for the Feyziyev family said.

After a three-week hearing at a London court in November, the judge accepted the evidence brought forth by the investigators and found that the documents supporting the bank accounts were fake. The documents were reportedly created to obscure money laundering activities, said the NCA in a statement.

“We will continue to use civil powers to target money entering the U.K. via illegitimate means,” Andy Lewis, head of civil recovery at the NCA, said.