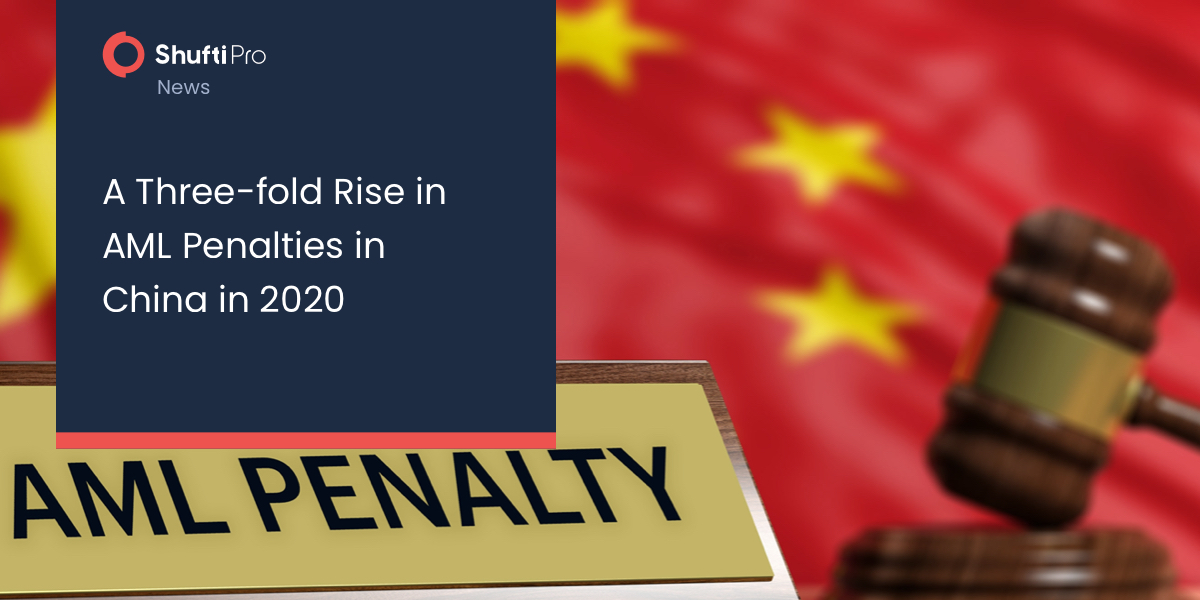 A Three-fold Rise in AML Penalties in China in 2020

China’s banks and financial institutions have faced an increase in penalties in the year 2020 due to the lack of customer identity verification and suspicious transactions.

The People’s Bank of China (PBOC) has disclosed a report that states a total of USD 97 million have been fined for AML non-compliance. This fine is three times more than the fines that were given in the year 2019. A PWC report states that CNY 608 million have been fined to the institutions and the remaining CNY 20 million of the penalties were fined to the individuals.

Fines total to the number of 733 which is 25% more than the prior year. The penalties include 417 firms with their staff across the 30 provinces. The total number of fines banks faced is 598, which worth to the amount of CNY 330 million and accounts for 52% of the total fines.

In 2020, financial institutions faced a rise in penalties. CNY 263 million of penalties have been issued to the payment institutions which include two large fines of CNY 100 million and CNY 60 million.

Most reasons for the penalties were the failure of customer identity verification and due diligence. This accounts to the 203 fines worth CNY 96.4 million. Another failure including the large-value transactions was followed by these penalties which accounts to the total fine of 79 worth CNY 69.

In 2020, a total of 20 large penalties were fined exceeding the amount of CNY 50 million. A criminal law amendment will be implemented from March 2021 which will further enforce the AML regulations on these financial institutions. Draft rules have been issued by PBOC which enhanced the obligations for financial institutions to strengthen the AML and CFT systems.