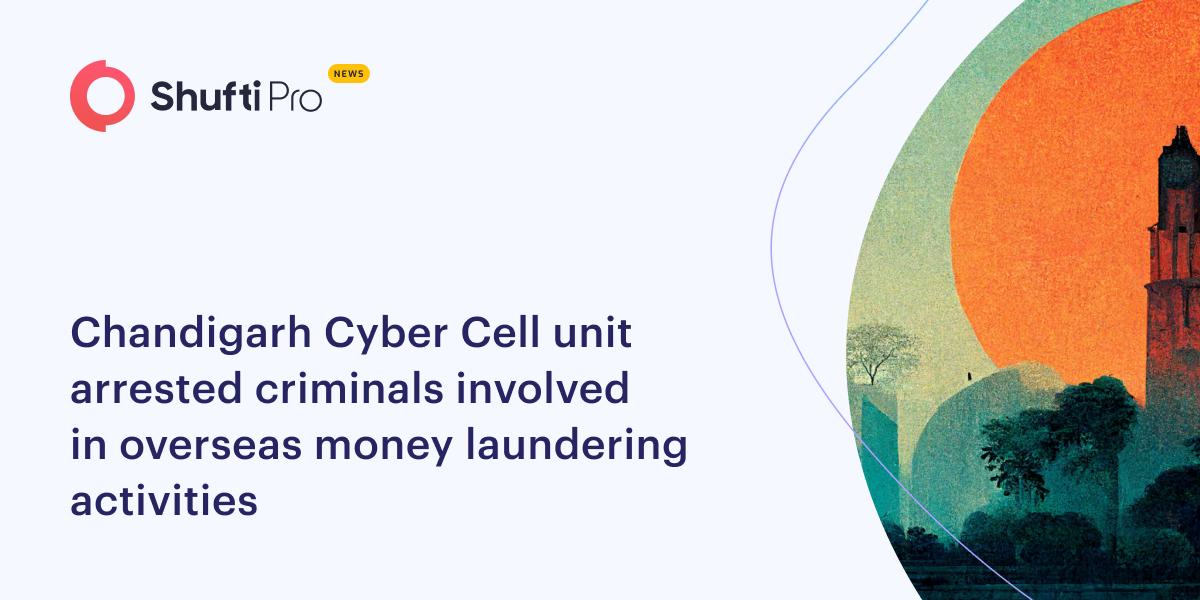 A gang of a Chinese national and 20 other people got arrested by Chandigarh Police. Investigations revealed that culprits targeted families through a loan offer and routed money to their handlers in China.

The Chandigarh Police Cyber Cell arrested a criminal group, including a Chinese national and 20 others, for extorting money from people and routing it to their handlers in China. Investigations revealed that these culprits were sending the money through shell companies after offering instant loans.

SP, cyber crime investigation cell Ketan Bansal said, “It has been found that the money that the victims were made to deposit was routed to China through shell companies. We are getting more details on these shell companies and their handlers.”

Police arrested 21 members of this group in a 10-day-long operation from five states. The chief of the criminal gang, Wan Chengua, a Chinese national, was arrested in Delhi NCR on September 11. He is now in four-day police custody.

The investigation revealed that the accused constantly communicated with his handlers in China through DingTalk, which is among the most professional management and communication Chinese mobile applications.

“All instructions and communications from the Chinese handlers came through the DingTalk app,” said Bansal.

Chengua came to India on a work visa, and he had been living in India illegally since 2020 after his visa expired. Operating from Delhi, he was working with PC Financial Services Pvt Ltd. The firm was working on mobile app-based lending tasks through an app named, Cashbean.

In February, The Reserve Bank of India canceled the firm’s registration after it was found that several regulatory protocols, including KYC compliance, were being flouted. Once, the firm was instructed to stop carrying out transactions, Chengua, along with accused Parwej Alam and others, started deceiving people. Chengua assigned Parwej the duty of hiring people including six to seven team leads, with many youngsters working under them. These people were obliged to send the links to entrap victims. Targeted people belonging to middle-class families were offered loans without the requirement of any paperwork.

According to Bansal, “The accused were working in a work-from-home setup and thus managed to get away easily. They mostly targeted middle-class families that were looking for short-term loans. They offered loans without any paperwork.”

Approximately ₹62 lakh amount was recovered from the accused. “The money we have recovered is primarily the amount that was to be paid to youths hired by the accused,” said Bansal. An amount of around ₹11,000 was paid to the agents while managers and team leads got payments between ₹15,000 and ₹35,000.

Sp stated, “Around 100 complaints have been lodged from Chandigarh alone. Residents here have lost around ₹65 lakh to these fraudsters. We have written to Google Play Store to remove these applications.”