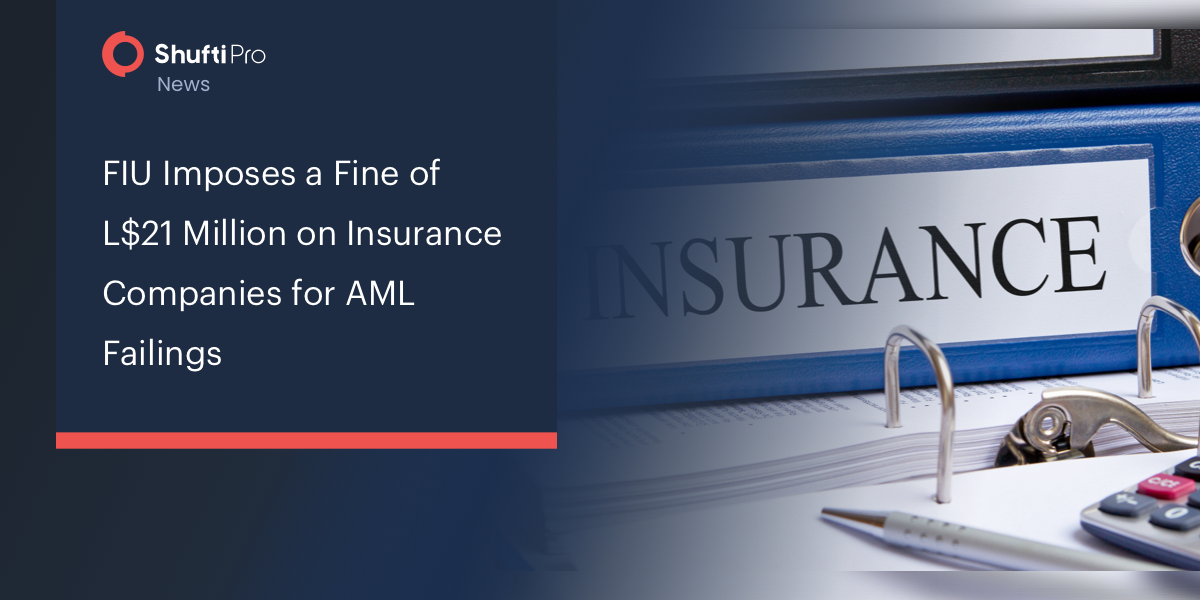 The Liberian financial intelligence unit (FIU) has imposed a L$21 million fine against all the insurance firms operating in-country for AML failings.

Mr. Harris said: “The unlawful exemption is taken by these insurance companies and their refusal to file impedes one of the core functions of the FIU to collect, analyze and disseminate useful information to law enforcement and competent authorities pursuant to section 67.3(a). The inaction of or willful exemption taken by these insurance companies amounted to obstruction of lawful investigation which in itself is criminal under the laws of Liberia.”

In addition to this, the FIU Director has mandated that the fines are to be paid in the FIU Transitory Account held at the Central Bank of Liberia within 72 hours. However, failure to fulfill the orders might remove them from financial systems, and be marked as high-risk businesses to launder money based on their non-compliance to Anti-Money Laundering, Terrorist Financing, and the Proliferation of the Weapon of Mass Destruction regulations. Furthermore, the Director also stated that FIU will also take additional actions to include suggestions for suspending alleged companies operating licenses.

In addition to this, the FIU also announced that the country will be evaluated on Technical Compliance and Effective Compliance by the Inter-Government Action Group Against Money Laundering in West Africa (GIABA), a specialized agency of the ECOWAS.

According to FIU, Libera’s is not working at an optimum pace and called on all stakeholders to double their preparations to ensure the country can get a good regulatory score. “It is against this background we call on the national Government to make the requisite funding available to enable the Liberia Working Group on Mutual Evaluation to carry out its activities without hindrance due to the lack of funding,” he said.

While addressing the potential risk identified in the National Risk Assessment on money laundering and terrorist financing in Liberia, Edwin W. Harris uncovered that the companies as well as the FIU have completed an AML Strategy and Action Plan to address all the risks that could emerge in the next 5 years. However, upon approval by the Inter-Ministerial Committee, the FIU will officially start to implement the Strategy and Plan in March 2022.