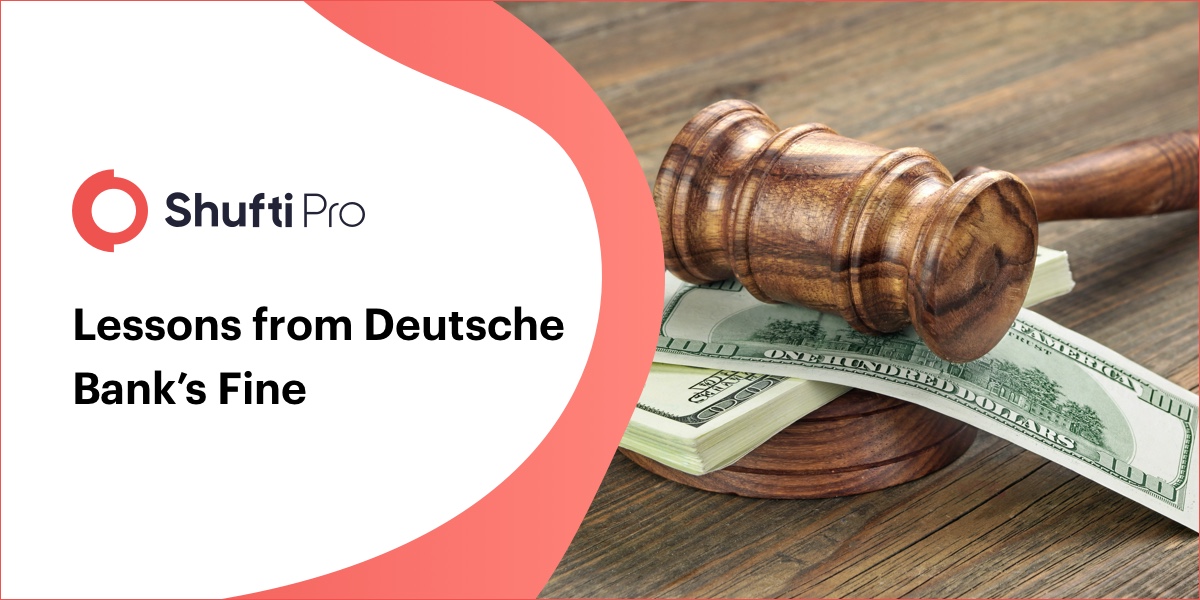 High-risk clients pose a serious threat to banks. Over the past few years, a significant number of money laundering cases have been witnessed globally, resulting in hefty fines. Consequently, KYC and AML regulations are becoming more stringent across the globe. And having criminals as your clients can cost you a fortune.

One such incident took place last month when Deutsche Bank was fined for financial dealings with a notorious sex offender, Jeffery Epstein, and involvement with two banks having a bad reputation for large-scale money laundering scandals.

In July 2020, the New York State Department of Financial Services (DFS) imposed a monetary penalty on Deutsche Bank for its failure to identify and mitigate the financial crime risks posed by Epstein. Moreover, DFS penalised the bank for its relationship with foreign bank clients, i.e. Danske Bank and Federal Bank of the Middle East (FBME). Not to forget that Danske Bank was behind the world’s most massive money-laundering scandal, and the Financial Crimes Enforcement Network (“FinCEN”) punished it for it.

Due to Danske Bank’s involvement in one of the most massive money-laundering scandal in history, it holds OCCRP’s 2018 corrupt actor of the year award. Even after being labeled as the high-risked client with the highest possible risk rating from Deutsche Bank, billion-dollar suspicious transactions circulated through its New York branch, resulting in an extensive compliance violation.

Regarding the bank’s relationship with Epstein, Linda A. Lacewell – Superintendent of Financial Services – held Deutsche Bank responsible, stating that the bank has “inexcusably failed to detect or prevent millions of dollars of suspicious transactions” despite knowing Epstein’s criminal history.

So what exactly went wrong?

The detailed report from DFS highlighted how Deutsche Bank continued their relationship despite knowing the criminal history of Epstein.

Deutsche Bank onboarded Epstein and his related entities in August 2013 and this relationship continued till December 2018. It terminated because of negative media coverage of Epstein’s criminal activities. The relationship manager – who had previously overseen Epstein’s accounts in another institution – suggested the upper management that financial dealings with Epstein could be profitable for the institution.

To comply with KYC and AML regulations, Deutsche bank conducted due diligence before onboarding and registered Epstein’s criminal conviction. However, the Reputational Risk Committee (RRC) of a bank in the US didn’t present any possible reputation risk professed by this relationship with Epstein.

Ultimately, the bank held over 40 Epstein linked accounts. The biggest mistake was the approval of initial onboarding by the compliance officer based on an email sent by a senior manager. Hence, he failed to discuss the matter with any of his senior colleagues before approving.

Due to his connections to senior politicians, Espetian was deemed a ‘high-risk client’ and ‘Honorary PEP.’ Therefore, his accounts were subjected to enhanced due diligence and transaction monitoring. However, no such surveillance took place. From 2013 to 2017, the Epstein’s lawyer withdrew $800,000 in cash. Though Deutsche bank did meet their legal obligations by submitting the cash reports, and authorities readily accepted the explanation that withdrawals were for travel, tipping, and household expenses.

In April 2016, the new relationship manager reviewed Epstein accounts. Although he was aware of RRC endorsement of Epstein’s relationship, he was unaware of the three conditions that RRC put in January 2015 for the continuation of a relationship. There sprawled a communication gap that Epstein’s relationship committee wasn’t given any guidance on RRC conditions, and the accounts continued operating the same way as before, despite multiple red flags.

Lessons for other Financial Institutions

Following a media report on Epstein’s criminal activities, Deutsche Bank terminated their relationship with Epstein. This case is a lesson for other institutions to revise their KYC and due diligence strategies and monitoring of high-risk clients.

Proper KYC Checks and Due Diligence

Every financial institution is obliged to comply with KYC regulations and incorporate KYC checks in their onboarding process. These checks need to be efficiently performed while ensuring that the client is who they claim to be. Besides, customer due diligence must be carried out prior to onboarding to rate the risk. When an institution decides to onboard a high-risk client, conducting Enhanced Due Diligence (EDD) becomes mandatory. Failure to do so can result in legal action.

Apart from AML screening, transaction monitoring is essential to identifying suspicious cash flow. Know Your Transaction (KYT) solution is an exemplary model to facilitate financial institutions for transaction analysis. It monitors transactions to find fraudulent activities such as money laundering and terrorist financing. In the case of Deutsche Bank, there wasn’t a proper process to monitor payments, and even in case of an alert, they didn’t address it adequately.