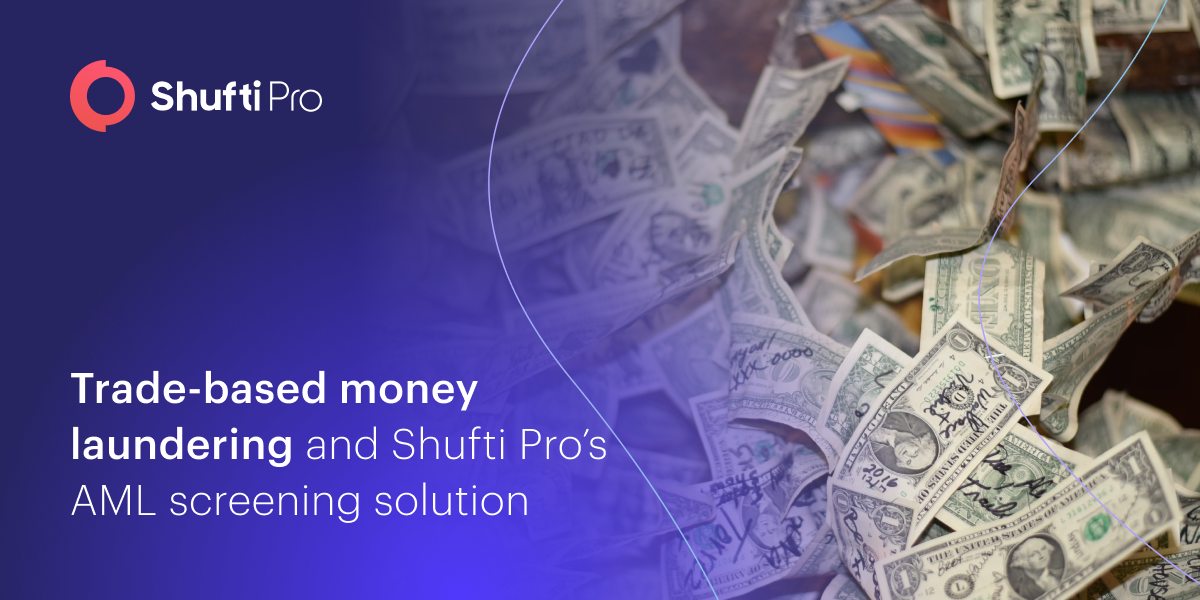 International trading instruments have significant features that are making them potentially attractive to organized crime groups to launder illicit money. The increased volume, the nature of trade, and the use of offshore entities including Free Trade Zones or complex trade finance instruments reduce transparency as well as create complexities that become favourable for criminals.

In addition to this, financial institutions, specificcally banks have historically provided critical trust regarding enhancements to the process of facilitating trade, but, in many cases, they indirectly may get exposed to criminal abuse and become the vehicle of laundering ill-gotten gains. Therefore, transferring value through legit trading options has become an increasingly attractive avenue for money launderers and terrorist financing groups, as they are able to conceal their criminal proceedings, and carry out illicit transactions in large volumes without being getting under regulatory radars.

Trade-Based Money Laundering (TBML) is a growing risk, as legit transactions are manipulated by money launderers and terrorist finance groups. The international trade framework is often complex, and closely connected with supply chains widespread across the globe. Here’s the point where the professional money launderers, organised crime groups and terrorist financing organisations use international trade to route illicit gains through a series of trade-based transactions. Thus, this form of money laundering is quite hard to detect, particularly as digital businesses are using sophisticated technologies to speed up trading operations. In addition to this, trade-based money laundering takes advantage of the complex models of international trade which further makes it difficult to practice due diligence procedures, know your customer, and anti-money laundering check. TBML particularly involves the import and export of goods along with the illicit use of cross-border trading financial instruments.

According to the state of financial crime survey 2022, compliance professionals across the world rated trade-based money laundering as the second most occurring criminal activity, behind only corruption and bribery.

The US Government Accountability Office (GAO) recently published a study on trade-based money laundering titled “Countering Illicit Finance and Trade: U.S. Efforts to Combat Trade-Based Money Laundering”. Along with this, the US Department of Treasury report named “National Money Laundering Risk Assessment 2018”, highlighted TBML not only as one of the most occurring crimes but also the hardest to determine the money laundering activities. According to the GAO study, criminal organizations use TBML to hide the origin of criminal proceedings by integrating black money into the legal economy through a set of trade transactions. Furthermore, the study also stated that “In addition to TBML, criminal organizations may also be involved in other trade-facilitated criminal activity, such as customs fraud, trafficking in counterfeit goods, or tax evasion.”

The G7’s Financial Action task Force (FATF) and the Egmont Group have also published a joint study which has highlighted the criminal exploitation present in the international trade system while raising the significant risk of trade-based money laundering. Money laundering appears to be a significant concern across jurisdictions including the US. This is because money laundering has the potential of facilitating and concealing the criminal proceedings, and altering trade markets, along with greater implications on the financial systems. According to this study, trade-based money laundering is “one of the primary means that criminal organizations use to launder illicit proceeds.”

As the trading activities across borders are highly adaptive, the criminals are availing the opportunities to manipulate and even use legal financial channels to wash illicit gains, finance terrorist organisations and evade sanctions.

In addition to this, poorly regulated ports, ineffective enforcement of beneficial ownership laws and secretive financial hubs are increasing the risk that is becoming the reason for dark commerce expansion, as organized crime groups are exploiting the system through vulnerable spots and help to carry out illegal trading activities to launder as well as hide illicit gains.

The wider the perspective on trade-based money laundering, the more efficiently businesses can collaborate with financial watchdogs to reduce the threat of crime. International regulatory authorities like the FATF have issued guidelines to assist the financial sector in mitigating and addressing money laundering. The FATF Trade-Based Money Laundering “Best Practices” are aimed at national authorities and raise awareness in the private sector for trade and finance AML regulations. The guidance is also aimed at raising awareness among financial supervisors about trade-based money laundering risks.

Additionally, the FATF has also provided financial institutions with a list of red flags to consider related to trade-based money laundering in cross-border transactions. These include:

Shufti Pro’s robust anti-money laundering screening services are an ideal solution for businesses that are finding it hard to counter trade-based money laundering activities. Powered by thousands of AI models Shufti Pro’s screening services can help them stay put with the ever-evolving AML regulation regime while screening customers against 1700+ global financial watchlists with 98.67% accuracy in less than a second.