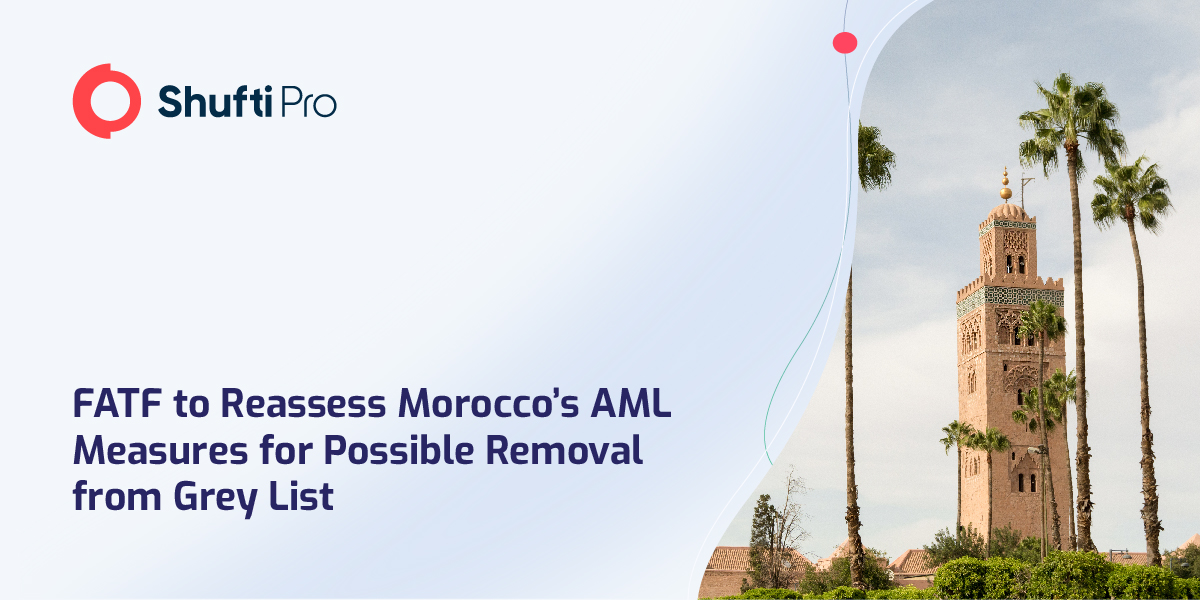 The Financial Action Task Force (FATF) is all ready to reevaluate Morocco’s Anti Money Laundering (AML) measures for the possible removal of the country from the grey list.

Nadia Fettah, the Minister of Economy and Finance, announced that Morocco is getting ready to host FATF representatives from January 18 to January 20, 2023. These three days would be critical for Morocco because if the assessors’ evaluation is conclusive, Morocco might be removed from the grey list at the February plenary.

The FATF stated that Morocco had made political commitments with its Middle East and North Africa branch in February 2021 to tighten the framework for tackling money laundering,  financing terrorism, and funding the proliferation of weapons of mass destruction. The FATF also stated that the Kingdom had finished implementing the action plan but added that “however, it must be verified that work continues in this area.”  Despite Rabat’s best efforts, the FATF continued to include it among the nations on the grey list.

The FATF reports that the information exchanges with Moroccan authorities are currently going well and that the integrity of the procedure and the conversations between the assessment team and the engaged government agencies would impact the outcome to a large extent.

The Governor of Bank Al-Maghrib, Abdellatif Jouahri, emphasizes the significance of being removed from the FATF’s grey list since doing so would allow for the opening of discussions with the IMF about new lines of finance, which would ultimately result in significant transactions by global investors in the Alawi kingdom.

Getting off the grey list will also enable Morocco to be removed from the EU’s list, which is a strategic consideration for raising finances abroad. Being on the EU’s list can have a variety of effects, from financing to the rejection of transfer operations, since the EU’s AML regulation demands increased vigilance.

However, continuing to be on the list will be terrible for the North African country. If the FATF does settle on a single issue, the country would linger on the list and would have had to wait until another plenary in 2024.