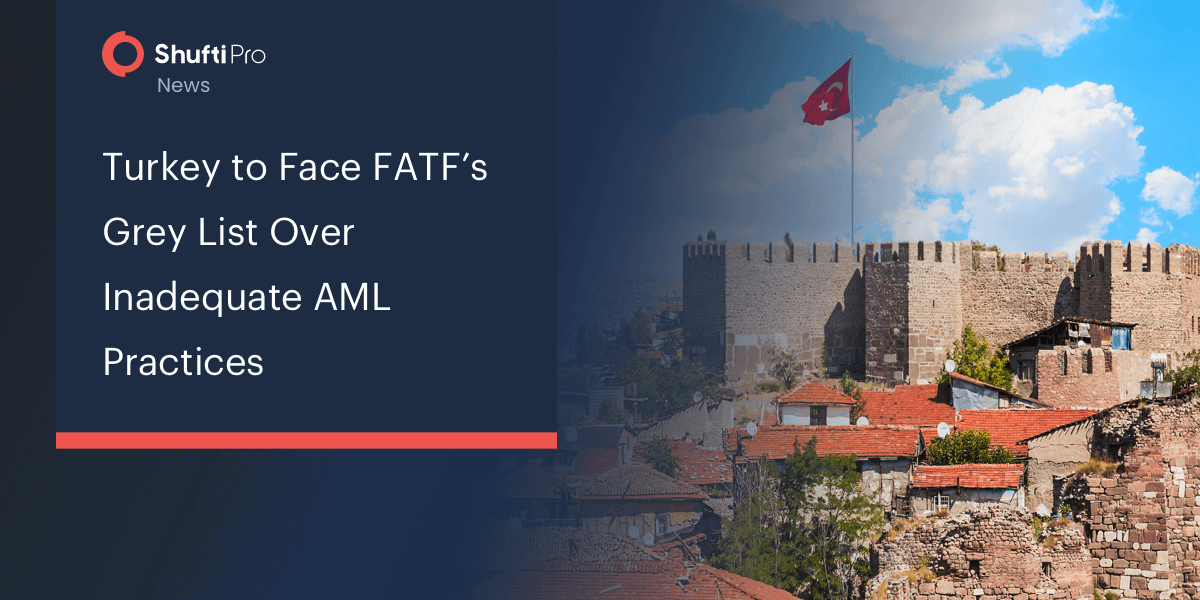 FATF is set to grey list Turkey over AML shortcomings, a move that is likely to affect the country’s ability to attract foreign financing.

According to reports from the Financial Times, Turkey is set to face FATF’s grey list of jurisdictions under increased monitoring due to failings in its anti-money laundering and terrorism financing controls.

The global financial watchdog, Financial Action Task Force, is likely to approve the grey listing decision tomorrow during discussions in Paris. Countries that are placed under the FATF’s grey list are required to swiftly resolve strategic deficiencies within a given timeframe and are subject to increased monitoring.

According to two sources, a FATF review had advised that Turkey should be subject to increased monitoring by the taskforce’s International Co-operation Review Group, as subjected to 22 other grey listed countries including Albania, Morocco, Syria, South Sudan, and Yemen.

The news will put a dent on foreign investment in Turkey, which has already reached the lowest level under the nearly 20-year leadership of President Recep Tayyip Erdoğan. Political instability and concerns over political involvement in monetary policy and rule of law have pushed away foreign investments, which are vital for financing the country’s persistent trade deficit and fuelling economic growth.

The grey listing of Turkey will also impact the European Union, as the bloc will add the country to its own money-laundering list, which identifies high-risk non-EU jurisdictions that threaten the EU’s financial system. According to a study by the IMF, FATF grey listing has “a large, significant negative effect” on a country’s capital inflows.

Commenting on Thursday’s vote, a Turkish official has stated “Despite full lockdown measures taken due to the [Covid-19] pandemic, Turkey has achieved significant progress in terms of compliance with FATF standards, and fulfilled its responsibilities regarding legislation.”

The FATF said that its plenary meeting, which began on Tuesday this week, were underway but that the discussions were confidential.