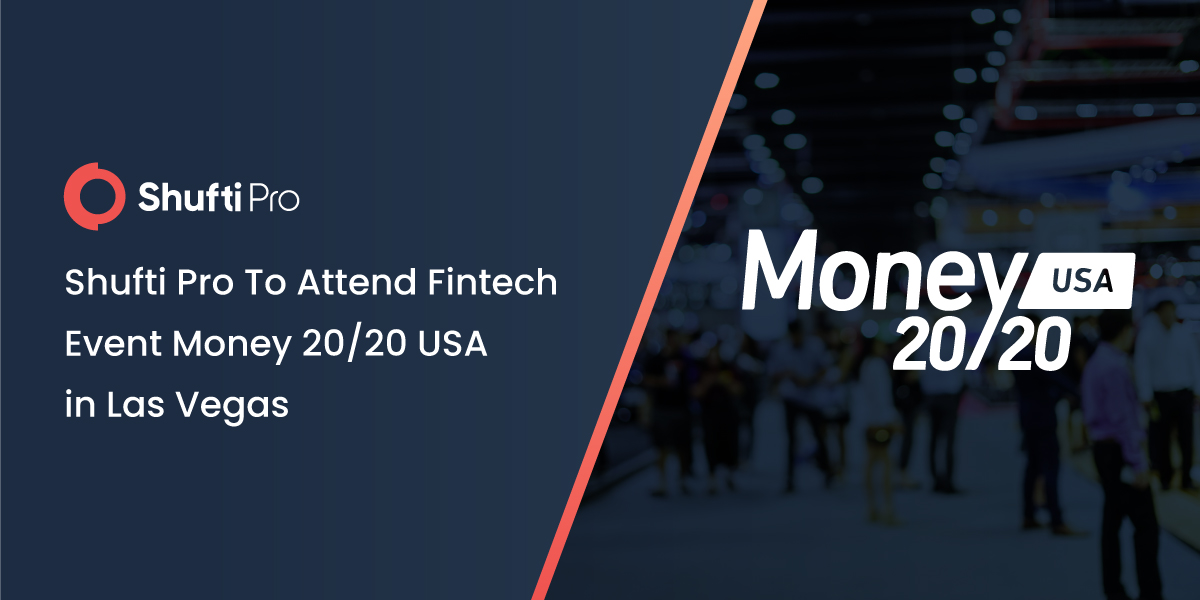 Following a long spell of restrictions on public gatherings due to the COVID-19 pandemic, Shufti Pro is once again all set to attend events in the field of finance and banking around the globe. Representing Shufti Pro at the biggest FinTech and payments event will be Alan Schwartz, who is the country manager for North America at Shufti Pro.

With over 7,500 registered attendees,  Money20/20 USA will be taking place live in Las Vegas this month.  With an aim to shape the future of FinTech, the event will be attended by numerous professionals from industry sectors including but not limited to retail, finance, e-commerce, and banking. Founded by veterans from TSYS, Google, and Citi, Money20/20 USA provides a great opportunity for Fintech business experts to make meaningful contributions in the industry by generating innovative ideas and products.

At present, Shufti Pro is leveraging AI-powered technology to cater to the IDV needs of industries such as finance and banking, crypto, blockchain, education, and more. The company provides KYC and AML screening solutions to safeguard financial institutions against threats of ID thefts, account takeovers, and other financial or ID frauds.

Commenting on the significance of technology in the financial industry, CEO of Shufti Pro, Victor Fredung said, “With the verification protocols for KYC and AML becoming stringent with time, compliance with these regulations is imperative for financial institutions’ survival. Events like this are a way to bring industry experts together to create innovative solutions for FinTech”. He further added, “We are glad to be participating in Money20/20, which delivers a chance for FinTech experts to sit and discuss what could be the steps for technological innovations for the businesses worldwide especially when it comes to regulatory compliance, online scams and identity-based frauds”.

Earlier this year, Shufti Pro attended Money20/20 Europe in Amsterdam, where the team and CEO of Shufti Pro exhibited digital KYC/AML solutions for global businesses. The company also marked its attendance at the IFX Expo in Cyprus this year and participated in the Sopra Banking Summit for highlighting the future of identity verification in FinTech. Acclaimed for its services in the finance industry, Shufti Pro recently won Global Banking and Finance Awards 2021 under the categories of “business technology” and “banking and finance technology”.

Globally renowned for its AI-backed identity verification solutions, Shufti Pro provides services to 230+ countries and territories. With the highest accuracy rate, its KYC and AML software supports 3000+ identity documents in 150+ languages to verify identities in less than a second. By staying compliant with the GDPR and global AML/KYC regulations, Shufti Pro eradicates threats of digital fraud in real-time.