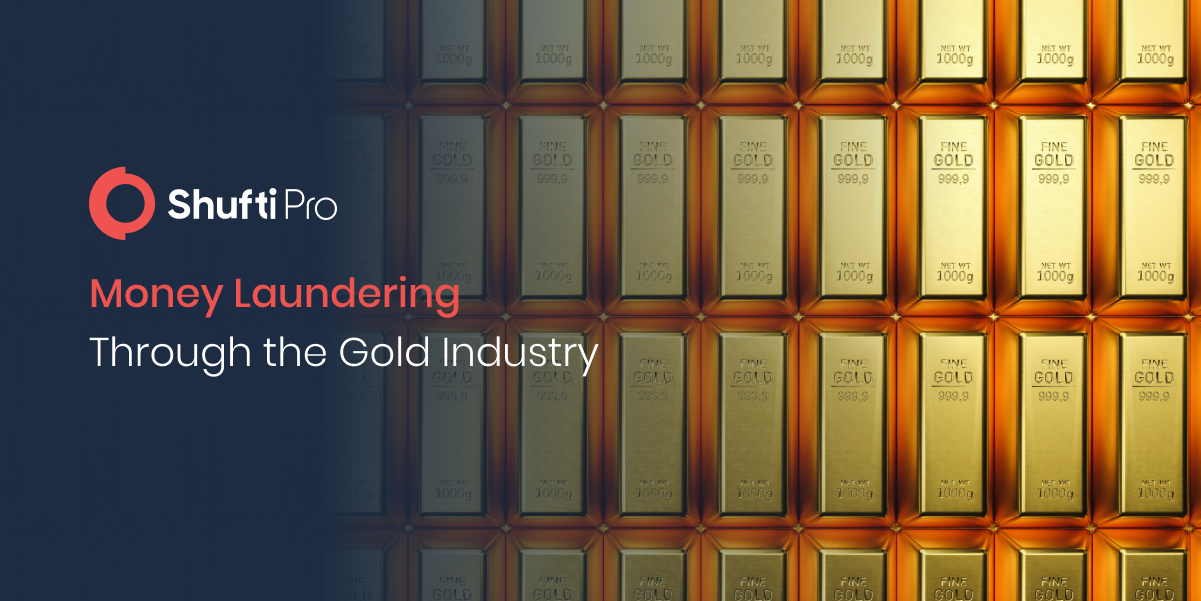 An Insight into Money Laundering Through the UAE’s Gold Industry

Since the beginning of time, gold has been considered a medium for payment and trading with its ever-increasing prices. At first, countries used coins made out of precious metals like gold, silver, and bronze as currencies. Apart from its benefits as a medium for investment, the chemical and physical characteristics of gold make it useful in jewelry and even in technology.

In developing countries throughout the world, gold not only creates investment opportunities but also helps determine financial power. As gold stands strong as a status symbol for the rich and powerful, it also becomes one of the ideal choices for money launderers.

In 2020, the global financial watchdog, the Financial Action Task Force (FATF) issued a report warning about the rising illicit sector of gold trade in the UAE. The watchdog stated in the report that the country faces a significant risk of “money laundering, terrorist financing, and funding of weapons of mass destruction”. It is clear that the UAE sources financial crimes like money laundering, terrorist financing, and the smuggling of gold mainly due to its lenient customs regulations for monitoring transfers of gold. Gold traders in the Middle-Eastern financial hub are not obliged to disclose any proof of transactions or where they bring their gold from.

On top of that, the UAE also has inadequate due diligence measures in its gold trading industry. For instance, gold dealers are not required under any AML compliance regime to verify the origin or transactions of the gold they are buying or selling. An advisory report from The Sentry identified another significant loophole in the UAE’s gold sector, where gold refiners are not obliged to follow third-party audits and obtain the gold directly through jewelers and traders in “souqs”.

According to a 2020 FATF report, UAE is particularly vulnerable to large-scale money laundering due to a number of reasons including its cash-intensive economy and illicit gold trade brought in by a large variety of foreign citizens. Illegally obtained gold can be used as a means to launder money as it requires no verification at the time of buying or selling, making gold trading a perfect vehicle for cleaning black money.

International Pressure Faced by The UAE

The UAE’s reputation as a global financial center has been repeatedly stained by a number of incidents during the past two years where illicit gold was used to launder money. As a result, international pressure is mounting upon UAE to clear up the dirt off its gold market by putting an end to money laundering.

In July 2020, a gold smuggling ring was identified by Indian authorities in the state of Kerala, where they found 30 kg of illegal gold in the diplomatic baggage of the UAE Consulate General office in the state. After further investigations, it was found that large amounts of money were being laundered using the proceeds of gold, and involved the UAE’s diplomatic authorities like the Consul General.

Furthermore, in November 2020, the London Bullion Market Association (LMBA), a prominent gold market, warned the UAE among other countries to comply with their international standards of AML screening and gold sourcing. In case of failure to comply, gold dealers can be blacklisted from mainstream international bullion markets. The UAE quickly took action and showed support to the LBMA’s initiative as it pledged to enhance its AML regulations and policies to ensure monitored sourcing of gold.

The UAE also vowed to establish a committee to look out for its national AML compliance and anti-terror strategy. That being said, the global Covid-19 pandemic led to a further rise in financial crimes in the region, where new restrictions were imposed on the transfer of funds and goods. This in turn led gold traders to look for illicit methods to capitalize on the lack of strict AML regulations.

The US Takes Action Against Gold Refineries with Weak AML Regimes

In April 2019, the United States Attorney’s Office for the Southern District of Florida released its non-prosecution agreement for a Miami-based gold refinery called Republic Metals Corp. The refinery had failed to implement a robust anti-money laundering (AML) regime. RMC is the second US-based gold refinery that was identified to have inadequate AML measures by the government as part of its ongoing efforts to end money laundering through gold imports from South America, including Peru, Bolivia, and Ecuador.

Just like the art market, the gold industry is an attractive sector for money launderers due to the lack of AML requirements and the ease of transportation. The government has time and again stressed the international trading of gold as a common way for laundering illegal gold, narcotics, and other proceeds of crime. Financial criminals usually trade illegal gold using illicit shell companies that are created using fake or incomplete identity records. Gold is then smuggled into the particular country using third parties and later sold to gold refineries in the US to gain legal funds.

In efforts to curb this illicit crime, the Bank Secrecy Act (BSA) obliges dealers of precious metals to implement AML measures with adequate minimum requirements as per 31 U.S.C. § 5318(h) and 31 C.F.R. § 1027.210. Gold dealers are thereby required to establish and implement a stated AML regime “reasonably designed” to stop dealers “from being used to facilitate money laundering and the financing of terrorist activities” through the purchase and sale of gold.

The process of customer due diligence and Anti-Money Laundering (AML) screening is the key to combating money laundering in the gold market. All dealers must follow the risk-based approach and employ AML checks to ensure that illegal gold has not been used for money laundering. Moreover, ongoing AML and transaction monitoring can assist gold traders in maintaining an updated risk profile of every buyer, making compliance with the regulations easier. AML screening checks the background of buyers against several sanction lists and PEPs.

With Shufti Pro’s AML Screening solution, gold dealerships can validate every buyer and ensure that black money is not used for purchasing gold. Furthermore, our ongoing transaction monitoring allows businesses to keep a check on every transaction being conducted by the customers.

Want to learn more about AML Compliance for your gold dealership?