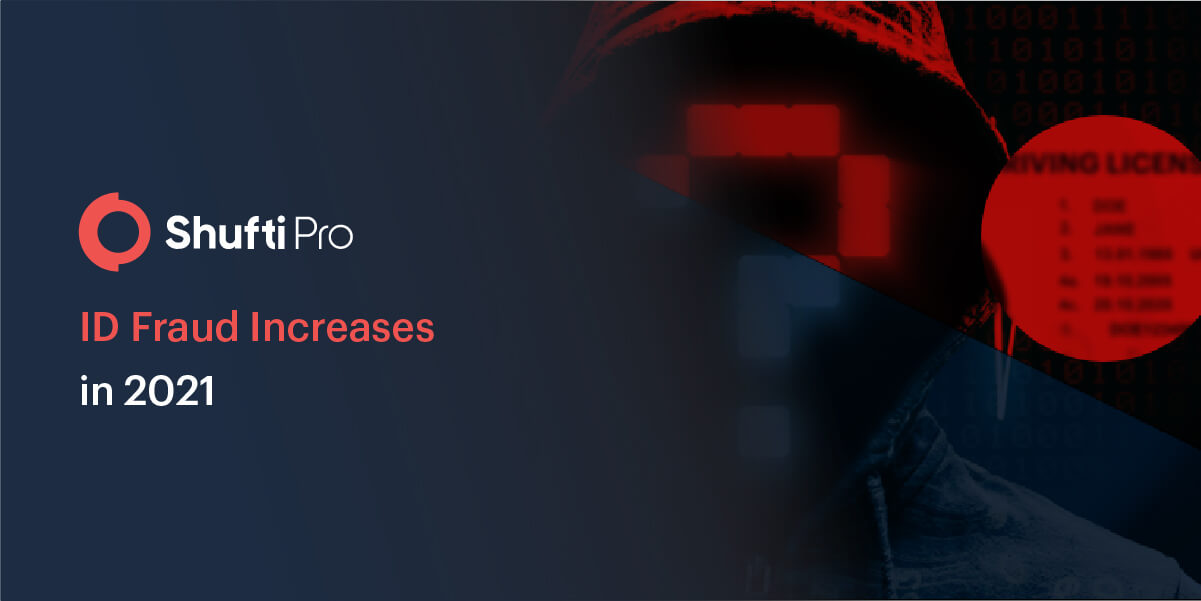 What is an ID Fraud?

ID fraud or identity fraud is the misuse of someone’s identity to defraud or deceive the other person. Bad actors use stolen identities and Personally Identifiable Information (PII) of legitimate individuals for other criminal activities like account takeover fraud, synthetic identity fraud, new account fraud, etc.

Here are the top identity frauds that we have repeatedly captured during identity verification in the first half of 2021.

Half fake, half real information is used for creating a new identity and the fraud committed using such identities is called synthetic identity fraud. This was the most prevalent identity fraud in 2020. In 2021, it is still among the newest and most sophisticated ID fraud that businesses are encountering. If a fraudster tries to open an account with a synthetic identity, the bank rejects it because the SSN has no credit history against it. However, the mere attempt leads to the creation of credit history and using it again eases the onboarding or account opening process.

“Did you know 24% of the account losses occur due to synthetic identity fraud?”

Since there is a credit history against the identity, many KYC checks may not be able to verify the fraud attempt. However, that is not the case with Shufti Pro. Our AI-based document verification system checks for MRZ code, OVI, micro prints, guilloche prints, holograms, and many other minor details. Even if a credit history exists against this ID, these checks are robust enough to identify fraud attempts in time.

Suggested: Synthetic Identity – A New Form of Identity Fraud for 2019?

Scammers are continuously looking for data to steal and use it for their illicit activities. Basically, replay attacks target networks. For instance, a finance company receives an onboarding request and if a criminal is banking on its network, they can detect this request and fraudulently delay it. Then, they steal all the information and misuse it.

By far, we have encountered a significant increase in these criminal attempts and our experts are predicting more rise in this type of fraud. During many verification checks, we received the same request multiple times and imposters had changed only a chunk of information every time. In one case, we received the same ID document but in the first few attempts, the date of birth and expiry date were manipulated.

Unauthorised access to accounts and then using them for illegal purposes is known as account takeover fraud. This year, we have forecasted a rise in this fraudulent activity too. Until now, every 20th identity verification is an attempt to get unauthorised account access. Shufti Pro, however, has the ability to restrict these attacks by adding facial recognition for logging in.

Another breed of scams evolved in the last two years called “new account fraud” in which fraudsters use synthetic or stolen identities to open an account. In a short span of time, imposters acquire as much loan as possible and quickly disappear. This leaves a lot of debt in the account holder’s name (which is obviously a legitimate person or sometimes completely fake information used leaving no traces behind). Banks or other financial institutions never get their money back.

The role of biometrics is emerging in every industry but surprisingly, fraudsters are using the same technology to mess with identity verification checks. “Over the years, this is the first time that we have encountered so many deepfake attacks,” said the CTO of Shufti Pro. “It is astonishing to witness the extraordinary techniques criminals are using to fool biometrics now,” he continued. Apart from deepfakes, 3D face masks are being widely used and numbers for various other biometric attempts are yet to be disclosed.

“Around 22.44% of our face verifications were declined due to biometric fraud attempts in 2020”

How Did We Capture Them?

Shufti Pro’s AI-powered identity verification methods are 98.67% accurate and real-time ID checks allow businesses to ensure that all legitimate entities are onboarded. Thanks to our enhanced technology trained using thousands of AI models, our system detected all the aforementioned fraudulent activities in the blink of an eye.

The identity verification mechanisms check for the authenticity of the ID document. Tampering, forgery and other spoof attempts to dodge the ID verification checks are validated using MRZ authentication, holograms, rainbow prints, etc. Even the slightest manipulation is detected in real-time. To combat biometric frauds, our face verification service/solution is structured to ensure the live presence of the end-user during the verification process. Anti-spoofing checks, liveness detection, AI mapping, microexpression analysis, skin texture analysis, and thousands of other techniques are used for tackling facial spoof attacks.

Have more concerns about ID fraud prevention systems? Our experts are available 24/7 to assist you.